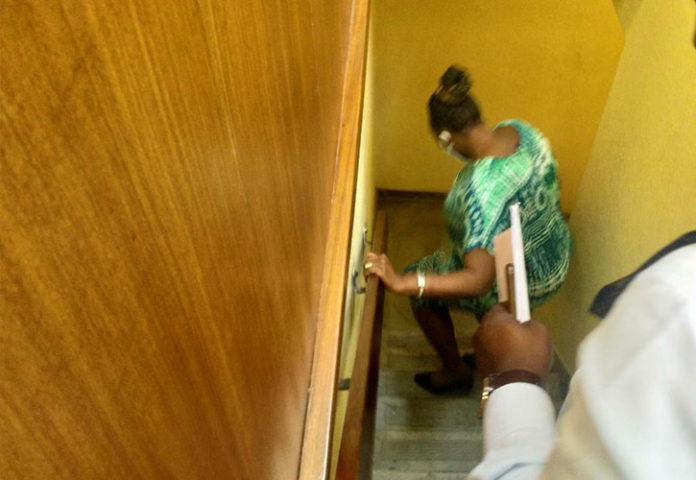 The former police sergeant accused of murdering or plotting to kill close relatives to claim insurance cash has had additional charges added to her indictment.

Rosemary Ndlovu made a brief appearance in the Johannesburg High Court on Monday.

The former cop who was stationed at Tembisa South Police Station in Ekurhuleni is now facing 19 criminal charges.

Her private lawyer has withdrawn from the case and Ndlovu today applied for Legal Aid South Africa to provide her with counsel.

Scrolla.Africa published a nine-part series about the accused detailing how she killed or plotted to kill close relatives to benefit from insurance policies she took out on their lives.

The insurance fraud charges that were added to the indictment detail how Ndlovu acquired insurance on her sister’s life.

These policies were taken out by the accused only a few months before it’s alleged that she killed her own sister to claim close to R700,000 from various insurance companies.

The four remaining murders and the conspiracy to murder allegedly all followed the same modus operandi: the accused obtained insurance on the lives of the victims, killed them and then submitted claims to the various insurance companies.

Ndlovu, with newly plaited hair, appeared calm in court today. She was extremely well-turned-out for someone in custody.

She was accompanied by a group of policemen carrying heavy guns. Ndlovu left the court in a police convoy with loud sirens echoing through the inner city after her case was postponed.

Ndlovu was moved to the Kgosi Mampuru Prison in Pretoria after it was discovered that she was plotting to assassinate the officer investigating her multiple cases and the Tembisa South station commander while inside the Johannesburg prison.

The case was postponed to 13 November for a pre-trial conference. She remained in custody.