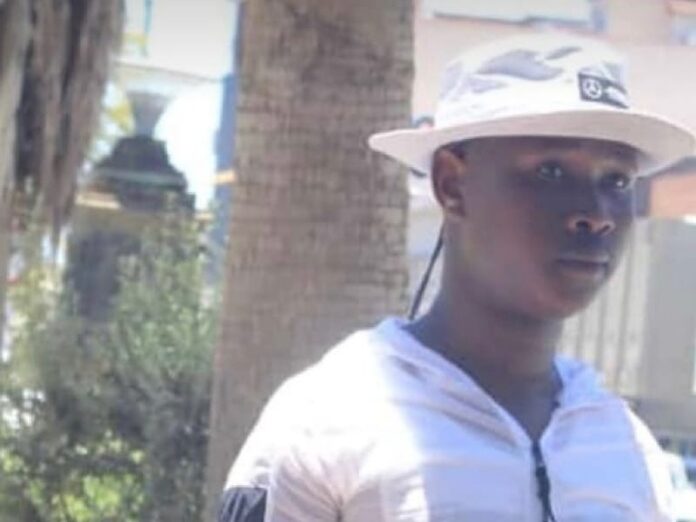 Two weeks ago, Mcedisi Shabalala left his home in Emnambithi, KwaZulu-Natal to look for work in Langaville, Gauteng.

He thought he would finally be able to secure a job and a future.

But he was walking straight into his grave.

He was assaulted, strangled and shot dead – not by thieves or gangsters but allegedly by metro police.

On Thursday night, a group of seven Ekurhuleni Metro Police stormed the rented shack where he was sleeping with his cousins.

Shabalala and Zenzele Mgaga managed to run out of the shack but didn’t get far.

Mgaga was shot twice in the leg while Shabalala was assaulted, strangled with a washing line wire and shot in his upper body.

The officers then allegedly dragged his body behind a shack.

One of his cousins, Miseni Shezi, explained that the officers were dressed in private clothes and didn’t show any identification.

“They kicked the door open, armed with firearms, and demanded that my brother and cousins lie on the floor.

“Before they knew it they started assaulting them. We heard one of the victims pleading for help and gunshots.”

After the incident, when the family was rushing Mgaga to hospital, they saw the metro cops parked on the side of the road.

“We asked them about Mcedisi’s whereabouts because he was still missing. They told us they didn’t know because he managed to escape.”

Hours later, Sbonokuhle Shezi decided to inspect the yard. He followed a trail of blood and signs on the ground of a body being dragged which led him to Shabalala’s body.

“I am still traumatised by that scene. I took him from home hoping that he would find a job in Gauteng,” he said.

“I wanted him to be independent and after just two weeks in the area he is dead.”

Shezi said even though the suspects have been arrested it won’t bring his cousin back to life.

“He is dead, that can’t be undone, but their day will come.”

IPID spokesperson Lizzy Suping confirmed in a statement that the seven Metro police have been arrested on charges of murder and defeating the ends of justice.

“The five constables and two inspectors will appear before the Tsakani Magistrate’s Court on Monday,” Suping said.