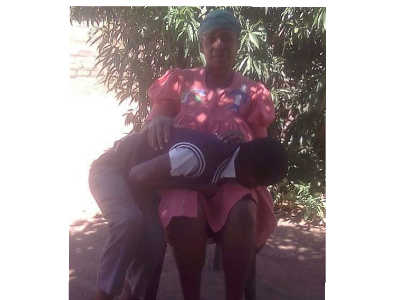 A grade 8 learner has been dismissed from Bokamoso Secondary School for experiencing epileptic seizures in class.

Martha Maboa, Justice Maboa’s mother, said the school principal told her that her son, who is turning 18 in October, was disturbing and traumatising other learners during his seizures.

Martha said last year the school principal advised her to temporarily remove her son from school and seek help for him.

“I could not understand her request because my son was already getting treatment. She advised me to try to enrol him the following year if he is better,” said Martha.

“I tried to reason with her but she said they were not trained to accommodate him and there was nothing she could do for us.”

Martha explained she was heartbroken by the treatment from the school.

“My son didn’t ask to be epileptic. It is not fair that he is being punished for something he doesn’t have any control over,” she added.

The mother said she feared for her son’s future. He now cleans yards to pass time while his peers are in class.

Department of Education spokesperson Steve Mabona said it is unfortunate that the school principal decided to remove the learner.

He said social workers had an opportunity to discuss the matter with the mother and learner. He added that the child’s parent acknowledged his learning barriers, and that both mother and child agreed he should move to a vocational school.

Mabona said employees at Bokamoso Secondary School needed to be taught to deal with such situations, and this would happen before March 2021.