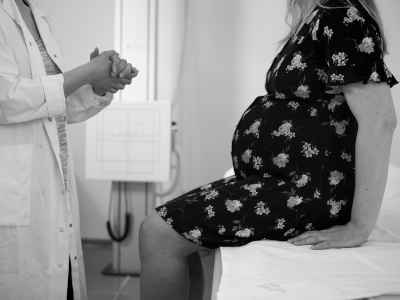 This means that during childbirth, instead of the baby’s head descending through the mother’s vagina, her slackened rectum will cause it to sink into the sacral region anterior to the rectum.

One midwife explained that, therefore, “it takes longer than necessary for the birthing process to complete.”

“Mostly, there are two consequences: either the baby will be too exhausted at the time or asphyxiate (lack oxygen and blood flow to the brain), which eventually could lead to brain damage and to our second scenario, which is stillbirth.”

The midwives, who requested anonymity for fear of being targeted or fired, report that this complication occurs in as many as 23 per cent of all the hospital’s births in a month.

“Once we realise that the baby is sinking into the rectum area, we take a big chunk of cotton wool and insert it into the rectum to give counter pressure of the foetus head and at the same time align the birth canal, after which we now pull out the baby safely.”

If this fails, an emergency Caesarean-section (CS) has to be performed on the mother to save the baby.

Although many women enjoy it, many have also said that they faced external pressure, either from their partner or elsewhere, to consent to it.

Some said that they consent to it only because their partner requests it when they are menstruating, and they worry that if they decline, he will look elsewhere for sex.