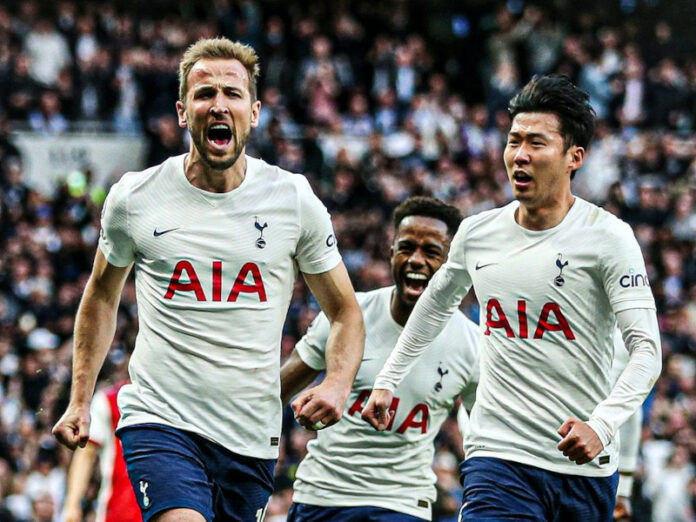 A Harry Kane brace helped Tottenham Hotspur to a 3-0 home win over North London rivals Arsenal to close the gap in the race for a UEFA Champions League place.

The Gunners started on the front foot but Spurs grew into the game after Cedric conceded a penalty to Heung Min Son 22 minutes in. Kane was composed from the spot, spurring the hosts into action.

As the all-time top scorer in the fixture, Kane got his 13th goal when he netted his second from close range just minutes after Rob Holding was sent off the visitors.

There was more dominance from the hosts as Kane provided for the second just minutes into the second half. The England captain got the better of Gabriel in the box with Son putting the loose ball away to close the gap between him and Salah for the golden boot to within one.

“Whenever I get a penalty I feel like I’m in a good place to put it away. We’re not getting ahead of ourselves, the ultimate goal is to get that fourth place,”  Kane said post-match.

The result was Spurs’ biggest win over Arsenal since 1983, putting Antonio Conte’s side within a point of their rivals for a place in Europe’s premier competition.

Spurs host Burnley before making the trip to Norwich on the final day whereas Mikel Arteta’s side still have it in their hands with an away day against Newcastle United and a home game against Everton still to play.