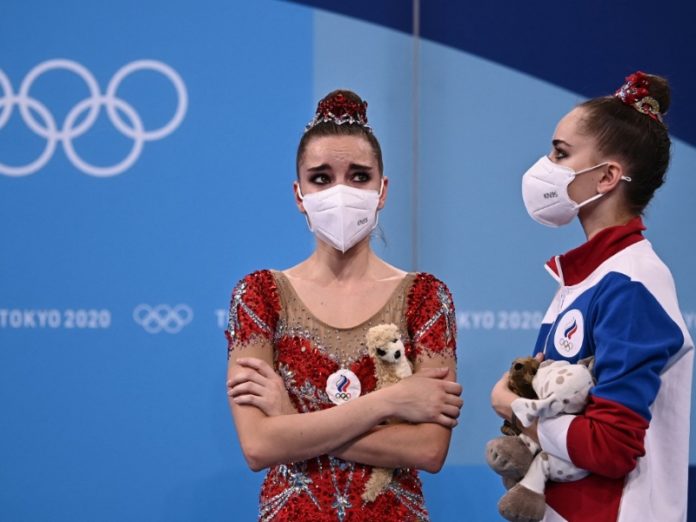 The Russian Olympic Committee (ROC) has called out the Tokyo 2020 judging for being biased during the women’s rhythmic gymnastics final.

Three-time world champion Dina Averina lost out on the gold medal to Israel’s Linoy Ashram with officials from the ROC calling the judging ‘a disgrace’, as the nation failed to win a single gold medal in the event for the first time since 1996.

The head of the ROC, Stanislav Pozdnyakov, is set to file an official complaint with the International Gymnastics Federation over the levels of officiating in Tokyo.

“We have decided that we will not close our eyes to the situation. We are already preparing an official appeal to the international federation,” he said in a statement.

Fans on social media echoed the ROC claim that the judging was unfair with several users claiming the 22-year-old Russian should have won the gold medal.

But perhaps the politics surrounding Russia’s involvement in the game’s was the reason behind her low score.

A visibly emotional Averina said after the event: “I don’t feel that it was fair today and it was obvious from the very first apparatus when I got a lower score. So I can’t say that it was very fair. I can’t spot any obvious mistakes that I did. I was pretty consistent and clean compared to Linoy who lost the apparatus.”

Ashram who became the first Israeli women to win Olympic gold said she is not upset with Averina following her claims but said every athlete should take wins and losses with sportsmanship.