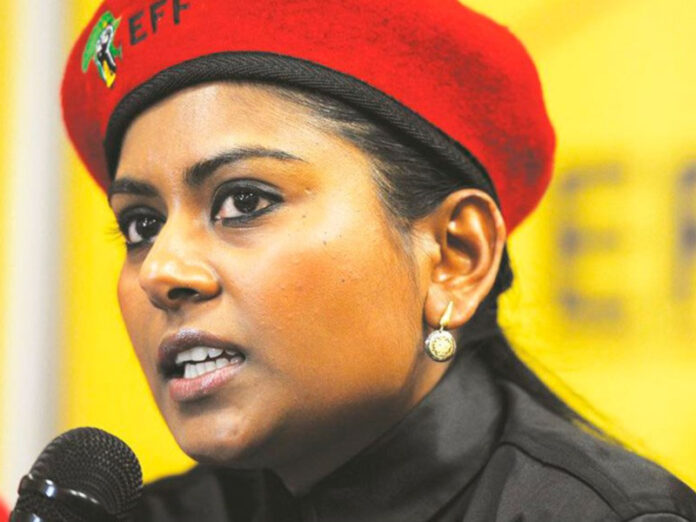 Former EFF leader Magdalene Moonsamy was booted out of court during a hearing of Senzo Meyiwa’s murder case when one of the accused said they felt uncomfortable with her presence.

Moonsamy had arrived in Pretoria High Court on Monday morning to attend a hearing in the murder case of the late Bafana Bafana captain on a watching brief.

Thirty-year-old Meyiwa was shot and killed during a robbery at the home of his girlfriend, singer Kelly Khumalo, in Vosloorus in Ekurhuleni in 2014.

The defence said they were uncomfortable with Moonsamy’s presence in court on Monday as she will have access to some of the classified documents that may not be given to anyone.

Judge Thifhiwa Maumele told Moonsamy to leave because she has an interest in the case.

Defence lawyer Advocate Malesela Teffo said he wanted Moonsamy to be permanently removed from the proceedings but the court decided to excuse her temporarily for the sake of the purity of the case.

Teffo said it was dangerous for Moonsamy to be a watching brief because the information that is being tabled in front of the court could be used by Khumalo as a state witness.

On Monday police officer Sergeant Thabo Mosia, who took photos at the scene shortly after the murder, was called as the first witness.

AfriForum lawyer Advocate Gerrie Nel was present at the hearing as they observed the whole process.

AfriForum was approached by the Meyiwa family for private prosecution after they expressed dissatisfaction with the state’s handling of the case.