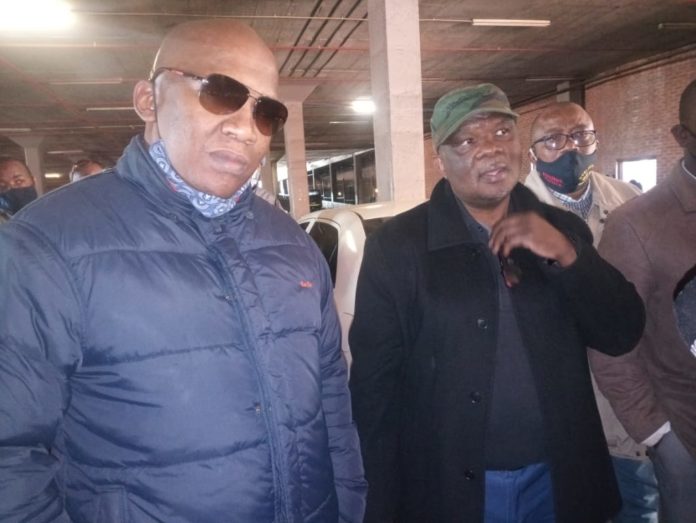 The two Alexandra taxi associations which planned to increase fares almost 200% have stopped the price hike – for now.

The two taxi associations are the Alexandra Taxi Association (ATA) and Alexandra, Randburg Midrand, Sandton Taxi Association (Armsta), which said last weekend the increase would start on Monday 15th June. Fares which ranged from R11 to R16 were to go up to R30. They said it was necessary because of the shock to their business from Covid-19.

But after commuters shouted no, and the government complained, the taxi associations have now said they will hold off on the increase.

The taxi companies will have a “normal” annual increase on July 1st – but won’t say yet what it will be.

At a press briefing on Friday morning at Alexandra Taxi Rank, the chairs of the two associations said they made the decision because they were listening to their passengers.

“We have been considerate to our clients who have been complaining of the proposed hikes we wanted to implement on Monday,” said Molefe Moekeletsi, Armsta chairman (on left of photo above).

Moekeletsi said the decision had nothing to do with the Gauteng government’s complaint that they were ripping off consumers and warning against “profiteering”. He also said it was not because they might get money from the Covid-19 relief fund.

Vusi Mayaba, Chairman of ATA (pictured right above), said the government is not communicating about the relief fund. “Until today, the Minister [Transport Minister Fikilie Mbalula] has been promising us. We don’t know how we will be paid and when the money will be paid,” he says.

Tumelo Mohapi, an Alexandra commuter, said it’s a relief that the R30 price hike has been called off. “It was too much and there was no way I was going to afford that,” he says.