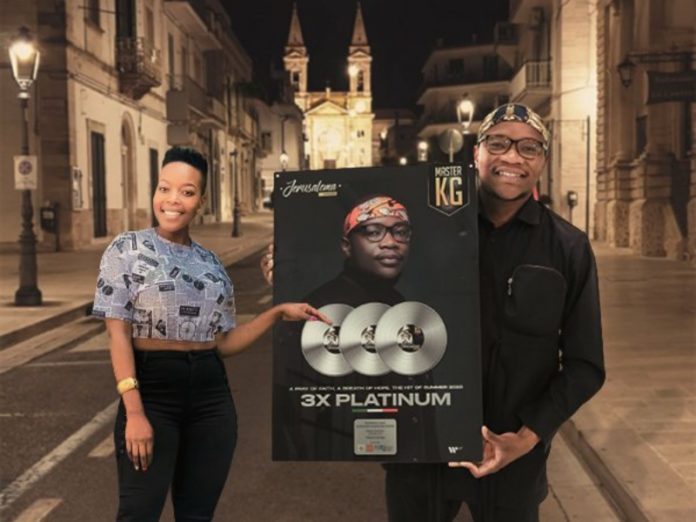 It was a song that got South Africans and the world dancing.

But now the two artists are at each other’s throats, fighting over the royalties of the song.

The battle was staged on Twitter when Zikode expressed her unhappiness.

Zikode tweeted a PDF copy of a note which thanked her fans for the support she’s received over the hit track.

“Thank you to all the fans of Jerusalema. You have made my dreams a reality by attaining a global hit song. My voice and lyrics have transcended globally,” she wrote.

“But I still await what is due to me.”

She said that she has not received any money from the record label, Open Mic Productions, for her contribution to the song.

“I have not been paid a cent by the label for Jerusalema despite the song’s global success… I, as a female artist, can’t stay silent on this anymore, the matter is now with the lawyers.”

In a thread of tweets, Master KG responded: “The Agreement of Jerusalema is 50/50 Between me and Nomcebo. But she wants 70% and I must get 30%.

Open Mic Productions has since weighed in on the stars’ royalty dispute, backing Master KG’s side of the story.

“We can confirm that during the creation of the song that Master KG (the main artist) and Nomcebo Zikode (the featured artist) agreed on sharing 50/50 of Master KG’s earnings,” the company said in a statement.

Open Mic Productions said that since then there has been back and forth, but no payment has been made as “Nomcebo Zikode is yet to sign the featured artist agreement that essentially records what was agreed between herself and Master KG prior to the both of them going into the studio, to record Jerusalema”.