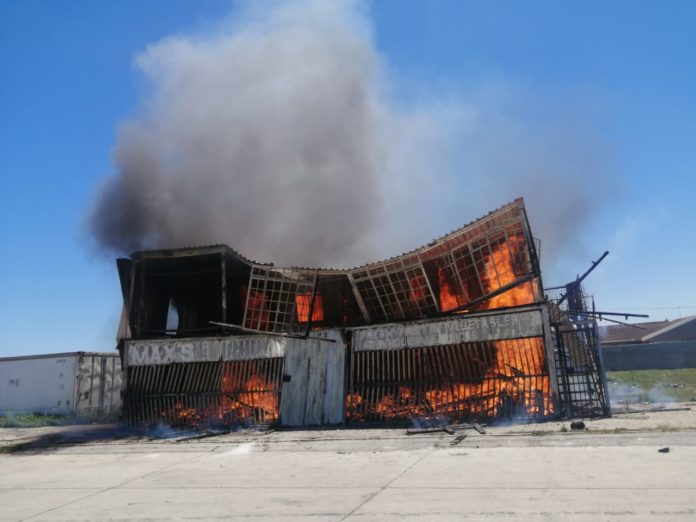 Max Nontshinga was in a happy mood on Saturday morning when he opened his fourth fruit and vegetable stall, but jealous people were about to spoil his day.

He had to leave the celebrations of the opening of his new stall in NU 1 in Motherwell in Port Elizabeth as his stall in NU 5 Square was torched.

“This is the work of evil and jealous people,” he told Scrolla.Africa as he watched his business going up in flames.

“I closed this stall three years ago after jealous community members treated me like a foreigner in my own area. They called me to public meetings demanding that I close down the stall.”

He said he stopped selling fruit and vegetables at that stall and went to other areas to open other stalls.

“Then I used this stall as storage for a business selling building material.”

He said he was opening a fourth stall in NU 1 when he received a call that his stall was burning.

“Luckily I had removed some of the building material from the stall during the week after noticing that kids were playing inside,” he said.

“I spent about R250,000 buying shipping containers to build this business. Eight people were working here but the jealous people didn’t care that I was creating jobs.”

Max said he will bounce back.

“I will open more stalls and create more jobs for my community,” he said.