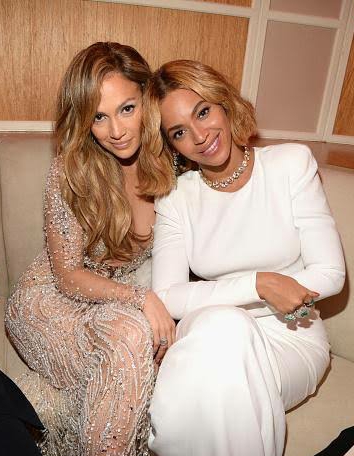 Jennifer Lopez (J. Lo) has been accused of stealing her show-stopping performance at Sunday night’s American Music Awards from Beyoncé.

J.Lo performed sexy duets with Maluma of their hit tunes Pa Ti and Lonely from the upcoming movie Marry Me.

J.Lo donned a catsuit that made her look almost naked.

But many critics noted that the look and the performance was almost identical to Beyoncé’s 2014 Grammy Awards performance of Drunk in Love;

Jennifer danced around a chair in black, blue and red lighting, which was similar to Beyoncé’s.

“Does anyone notice that J.Lo is ripping off Beyoncé on her performance at the amas,” one twitter user commented.

Someone else wrote: “Now why did J Lo steal Beyoncé’s whole thing like that lmao.”

Maluma’s part was suave and dapper with his black-and-white ensemble.