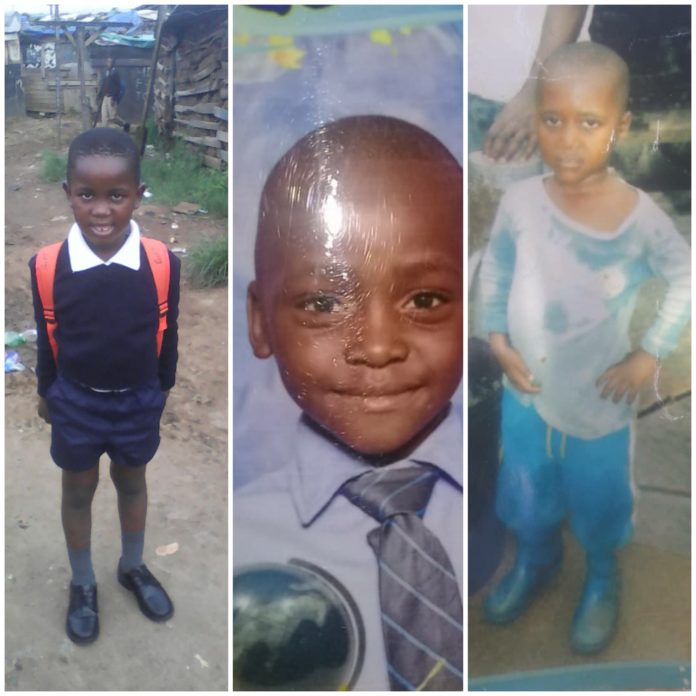 Ernest Dewa, Buhlebuyeza Jili and Gift Dlamini, aged between six and eight, were always seen playing together. And now they will be forever joined in death after being electrocuted by izinyokanyoka cables on Saturday.

While the community of Jika Joe informal settlement in Pietermaritzburg admits that the cables were illegally laid by izinyoka, they blame the municipality for the tragedy.

Gift’s mother, Sweleni Dlamini told Scrolla.Africa she has been living in the settlement for 13 years and she knows that their lives are in danger every day.

“Living here is like accepting that you can die at any minute. My heart is broken but I was not surprised. There are many incidents where izinyoka claim lives,” she said.

“We have no choice but to connect illegally because we have to cook and live. And our plea for safe and legal electricity falls on deaf ears at the Msunduzi municipality. We believe more lives will be lost.”

Ernest’s mother, Thabile Dewa said they came to live in the settlement because it’s close to town and they can walk to work. She said this tragedy comes only a month after they lost all their belongings in a fire.

“We don’t know what to do about funeral arrangements. If the municipality had only provided electricity we wouldn’t be burying our children,” said Thabile.

Gatvol parents said they always knew that sooner or later tragedy like this will strike as the municipality plays deaf when it comes to addressing electricity issues at the settlement and as a result residents turn to illegal connecting.

Msunduzi municipality spokeswoman Thobeka Mafumbatha said the municipality is in the process of electrifying all the informal settlements but at the moment they are still sourcing funding.

“We appeal to communities to not illegally connect electricity because this doesn’t only affect the economy of the city but also kills people,” she said.