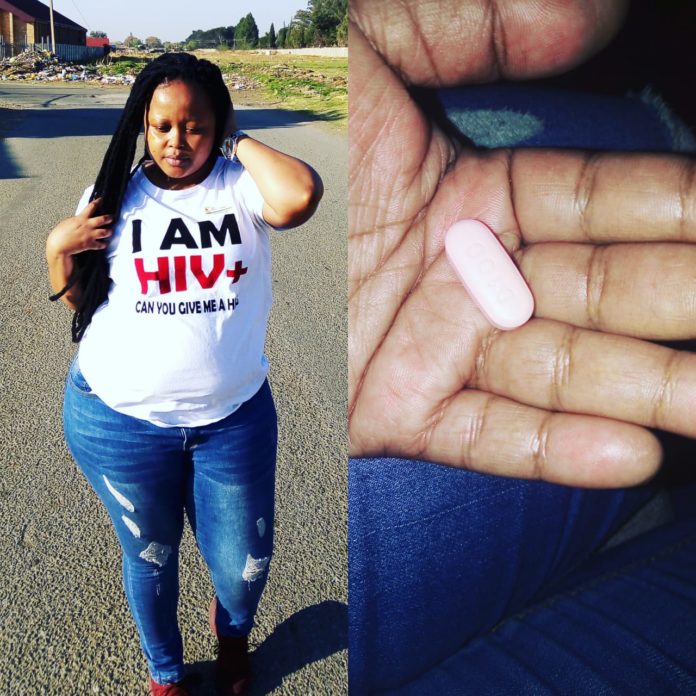 Activist Lerato Ramolahloane believes that after all these years people are still not open about their HIV status.

Lerato herself has been living with the virus for nine years and she is working at getting people to accept their status.

According to SA History Online, the first AIDS case in South Africa was reported in 1982 and the first deaths in 1985. Lerato said that despite the lengthy period we have had with the virus, HIV patients are still stigmatised.

“I love being open about my status and nobody should hide their status,” Lerato, a 31-year-old mother from Mahlatswetsa near Excelsior in the Free State told Scrolla.Africa.

“This is not a death sentence. People should live their lives to the fullest because we can win the battle against HIV/AIDS.”

Lerato says she is on antiretrovirals (ARVs) and has never experienced side-effects. She says she looks healthy and people can’t believe it when she says she is HIV positive.

She has started a #NormalizingHIVChallenge on her Facebook page.

The South African Government website says: “Stigma and discrimination can be as devastating as the illness itself. The consequences of stigmatisation, or fear of them, means people are less likely to come in for HIV testing.”

Lerato reminds people of Nelson Mandela’s words: “Many people suffering from AIDS and not killed by the disease itself are killed by the stigma surrounding everybody who has HIV and AIDS.”