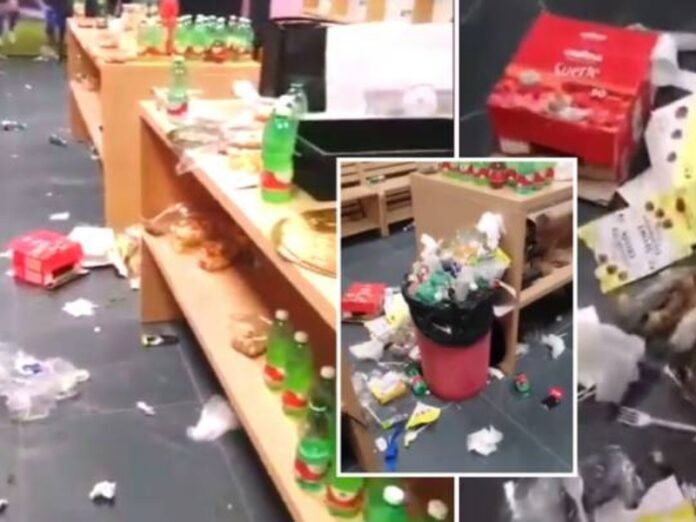 Not only did Italy fail to qualify for the Fifa World Cup for the second consecutive time, but they also lost respect from the public for behaving like spoiled brats after their loss.

North Macedonia shocked the European champions in the final minutes of the game to send the Italians crashing out of the World Cup qualifiers.

The Italians were understandably disappointed and angry, but there is no excuse for the way they left their dressing room – like angry teenagers expecting mama to come and clean up after them.

Video footage shows a dressing room resembling a landfill site with papers and plastics scattered all over the place. Bins overflowing and leftover food dumped on the floors and benches.

Athletes are often judged by how they handle defeat and the Italians did not get any sympathy after their antics.

The Italians have previously appeared to be a classy and passionate side but this behaviour showed quite the opposite.

Italy failed to qualify for the 2018 World Cup and now will not feature in Qatar later this year. Even if they qualify for the next World Cup, it will be 12 years without an appearance at the tournament.

The last time Italy played a knockout stage game at a World Cup was in 2006 when they went on to win the competition.

Regardless of when they last appeared at a World Cup or how disappointed they were after their loss, there is no excuse for the lack of respect they showed and total disregard of any dignity for the stadium staff.

What an almighty fall from grace the Italians have suffered since their Euro 2020 triumph in England last year!