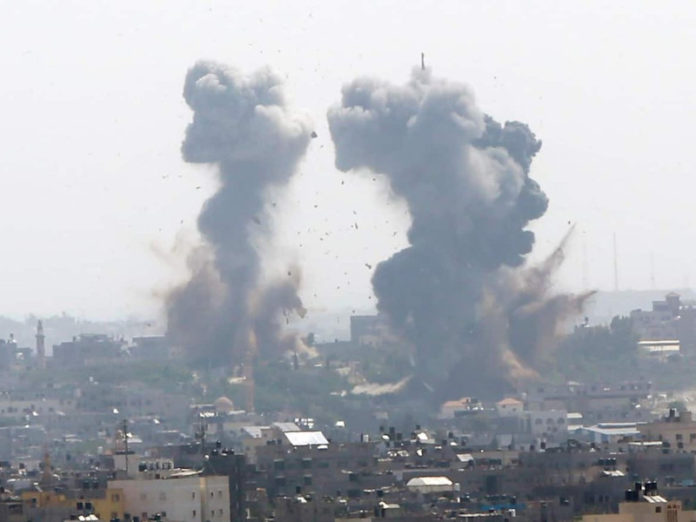 The Israel Defence Forces has announced that ground troops have been sent to attack the Gaza Strip, as conflict with Palestine continues to escalate.

Since conflict broke out on Monday, Isreali airstrikes have killed at least 82 Palestinians in Gaza, including 17 children, according to reports by Al Jazeera.

Seven people have been killed in Israel, whose government has accused Palestinian forces of launching over 1,600 rockets.

As the violence has increased, fears of an Israeli ground invasion have been mounting.

On Thursday night, the IDF confirmed that they have initiated a ground operation:

In a tweet posted at midnight local time, they wrote, “IDF air and ground troops are currently attacking in the Gaza Strip.”

At this stage, it is not clear whether the operation is a full-scale invasion of Gaza by Israel, or is a targeted attack on military group strongholds.

“I said that we would charge a very heavy price from Hamas. We do it and we will continue to do it with great intensity. The last word was not said and this operation will continue as long as necessary.”

Israeli troops last entered Gaza during a two-month war in 2014, when over 2,200 Gazans were killed.

The move comes as communal violence has broken out across towns with mixed Jewish and Arab populations.

On Wednesday, a mob of Israelis dragged a man who the crowd believed was Arab from his car, and beat him until he lay motionless on the ground.

Earlier, the mayor of the town of Lod declared that “civil war” was breaking out after Arab demonstrators clashed with police.