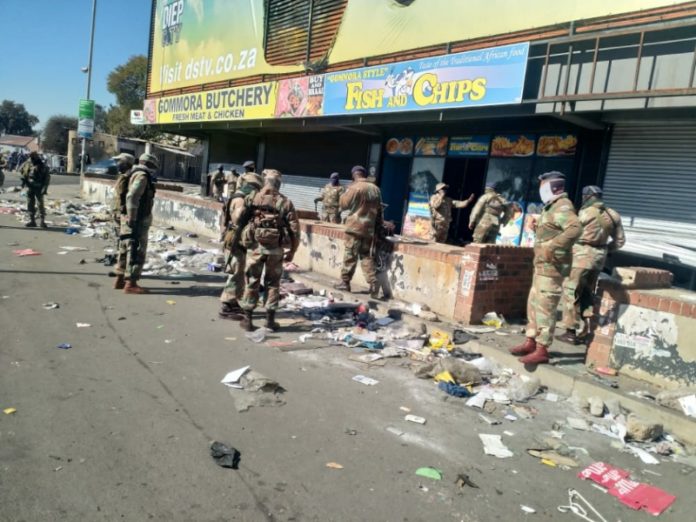 Social media read the story right. As the smoke from the burning, the blockades and the looting engulfed KwaZulu Natal and parts of Gauteng, the top trending hashtag on Twitter on Tuesday was #shutdownSA. By Wednesday it had become #ZumaCoupAttempt.

The extreme violence seemingly in response to the jailing of former President Jacob Zuma distracted people from the orchestrated attacks on critical infrastructure, supply routes, communication centres and key facilities that happened at the same time.

More than 135 network towers have been attacked. Water treatment plants were burnt to the ground in Pietermaritzburg. Sapref, the largest refinery in SA, was shut down. Clinics and hospitals were attacked, even as the country battled a deadly wave of Covid.

David Evarett, professor of urban governance at Wits University, writing in the Conversation, says it is difficult to ignore evidence of a planned insurrection. This included dark warnings of another Marikana style massacre if Zuma was touched, plans to sabotage municipal infrastructure and the fanning the flames of xenophobic violence.

Minister of State Security Ayanda Dlodlo said on Tuesday that her agents had managed to prevent planned attacks on substations, on ANC offices and in Durban Westville prison. She said they were investigating former members of the State Security Agency for instigating the protests.

Among them are Thulani Dlomo, the former head of the SSA’s special operations unit which the Zondo Commission was told earlier this year was effectively Zuma’s private army. Dlomo is one of a dozen wanted for planning and stirring up the unrest.

Jane Duncan, of the Department of Journalism, Film and Television at the University of Johannesburg, writes in the Daily Maverick that the unfolding events are not sporadic – and follow a particular logic. The overall strategy, she says, is to foment organized chaos.

Journalist Palesa Morudu Rosenberg writes: “This is a counterrevolution organized from within the ANC to stop consolidation of a democratic state because its sponsors are terrified of a functioning state with a rule of law.”

Malign forces have used subterfuge before to fan xenophobia or intercommunal violence. Third force violence was a feature of the apartheid state.

This past week has been described as open warfare between factions of the ANC.

If all the evidence we are seeing is true, it amounts to a criminal conspiracy to overthrow the democratic order in South Africa. It challenges the rule of law and threatens the lives and livelihoods of millions of  South Africans.

Once the insurrection has been defeated and once calm is restored – and it will be – we need to know the names of those who are responsible and we need to hold them accountable for their crimes.