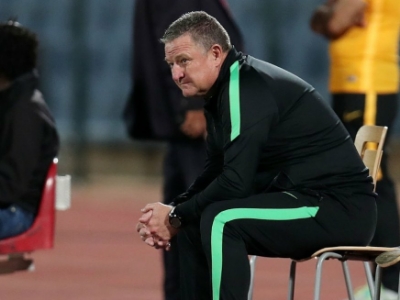 Halfway through the season and there is nothing to indicate that Kaizer Chiefs are on the mend.

Instead, it looks as if they are going backwards after their recent Nedbank Cup elimination by minnows Richards Bay.

And Khosi Nation is asking the question: at an estimated R500,000 a month, is Chiefs getting its money’s worth on Gavin Hunt?

Chiefs have collected 18 premiership points in 15 games, 17 points less than last season at the same time.

Last season the team was comfortably in the lead, they are now in 8th place on the table.

When Hunt took over the hot seat after the sacking of Ernst Middendorp, some people said he was the right guy for the job, others said his style doesn’t suit Amakhosi.

He started badly, going down 3-0 to Mamelodi Sundowns – and it’s been downhill from there – collecting five points in their opening five matches and dropping 10 points in the process.

Chiefs management understands that Hunt has been working against the handicap of not being able to buy new players due to a ban, but that has given Hunt a handy excuse when his team underperforms.

After being booted out of the Nedbank Cup competition two weeks ago, Chiefs is once again likely to end the season without any silverware.

On Tuesday Amakhosi host AmaZulu in the league match after a rest over the weekend. Kick-off is at 3pm at FNB Stadium.