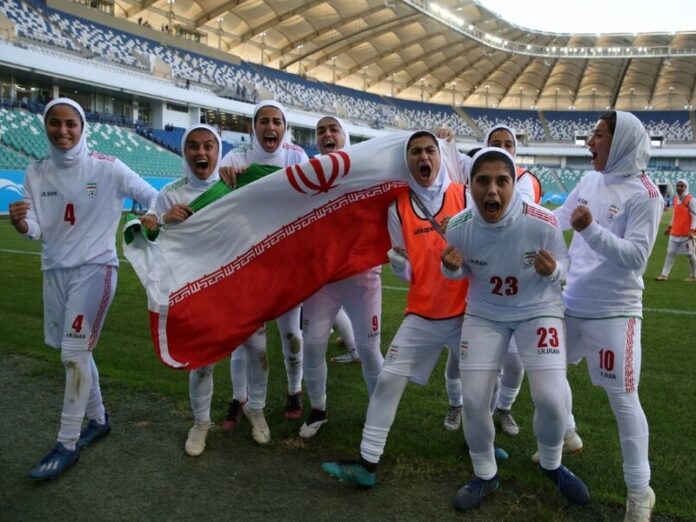 The Iranian women’s football side are playing to break barriers in the country as female fans remain barred from attending stadiums.

Hundreds of Iranian women attempted to get into the Imam Reza Stadium to watch the men’s national team play a World Cup qualifier against Lebanon, but they were turned away.

The ban on female fans attending sports events in stadiums has been in place since 1979 despite calls from Fifa, football’s governing body, to remove the rule.

Reports suggest the women were pushed away from the stadium by local authorities who used pepper spray on the crowd.

The Iran Women played their first international tournament in January when they participated in the Women’s Asian Cup.

Manager Maryam Irandoost believes the participation of Iran’s women team at events will one day allow history to be made.

“I have tried for years to change this. Our girls qualifying for and playing in the Asian Cup has changed the beliefs of a lot of people in Iran and I think this barrier will disappear in the near future,” the manager said.

Their goal is to use their platform to reform the rules and get women back in stadiums.

“Going into stadiums is not only about watching the matches and not only about increasing the number of fans. It will also change the vision of women’s football in Iran,” Irandoost added.

With only an estimate of 2,500 female footballers in the country, being ranked 70th in the world and impressing during their first-ever competition proved Iran have what it takes to make history.

“There is a gap of 50 years behind the best teams in the world but families here are very interested in football and this encourages girls to play,” Irandoost said.

Iran Women are hoping their performance in the Asia Cup will attract more people within the country to show their support for their project.

Irandoost concluded by saying that if the team continues to receive support from the federation, in ten years they will be playing at the World Cup.