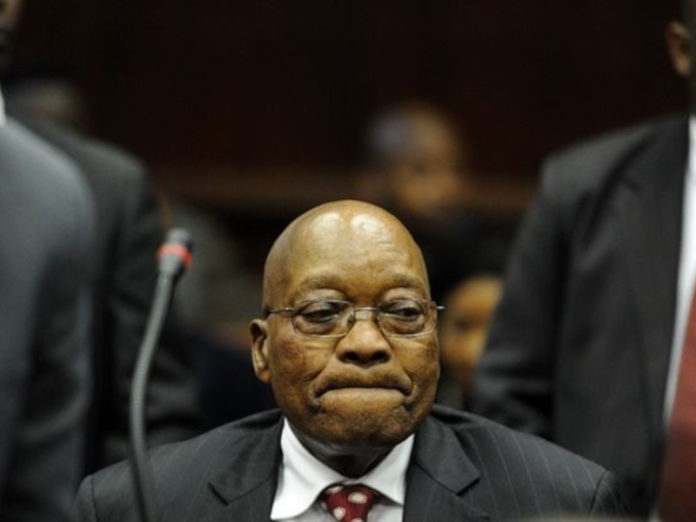 After all this time of ducking and diving, Jacob Zuma might find himself behind bars tonight.

Police Minister Bheki Cele is expected to arrest him before midnight on Wednesday.

The ConCourt sentenced Zuma to 15 months in prison last Tuesday and ordered him to hand himself over to the police in Nkandla or Johannesburg by Sunday 4 July. The highest court ordered Cele and national commissioner General Khehla Sitole to make an arrest within three days after Sunday if he did not hand himself over.

The three days expire at midnight on Wednesday.

According to legal expert Ulrich Roux from Ulrich Roux and Associates, if Cele ignores the ConCourt order, he too, will find himself in contempt of court.

“The ConCourt order for the police minister to arrest Zuma still stands. He should arrest Zuma on Wednesday,” Roux told Scrolla.Africa.

In a day-long legal bout heard in the Pietermaritzburg High Court on Tuesday, Zuma’s legal attorney, advocate Dali Mpofu battled it out with advocate Tembeka Ngcukaitobi, representing the Commission of Inquiry.

While Mpofu argued desperately for the court to stop Zuma’s arrest, saying such a decision would be against the will of the people, the fired-up Ngcukaitobi described Zuma as a “repetitive law-breaker.”

“Zuma has now come to ask you to assist him in breaking the law further,” Ngcukaitobi told Judge Bhekisisa Mnguni.

“You should reject that. By his conduct, Mr Zuma has placed himself above judicial authority. He has defied the Constitution.”

After hearing the arguments from all sides, Judge Mnguni said he will hand down the judgement on Friday.

Zuma launched a last-minute bid at Pietermaritzburg High Court for a stay of arrest until he appears at the ConCourt on Monday, 12 July.

Zuma wants the ConCourt to reverse its decision to sentence him to 15 months in prison.