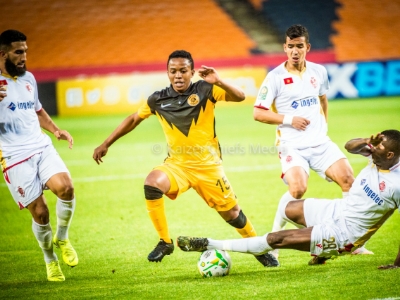 A 2-2 draw against Stellenbosch on Tuesday night may not be the best way to celebrate his Kaizer Chiefs career for Gavin Hunt, but his faith in the young stars is already a great success.

Aged between 21 and 23, Nkosingiphile Ngcobo, Njabulo Blom, Reeve Frosler and Happy Mashiane are the best thing Hunt has given Amakhosi faithfuls.

It is clear that Chiefs won’t win the DStv Premiership but the future looks bright for Amakhosi.

Ngcobo said senior players have been guiding them since they came to the first team.

“They make our job easy. All we need to do is to run because we still have fresh legs,” he said.

Ngcobo was the hero for Chiefs on Tuesday night and walked away with the man of the match award after slotting the equalising goal to help Amakhosi salvage a point five minutes before time. The goal was Ngcobo’s fourth in the league this season.

A defeat last night would have seen Chiefs being dragged back to the relegation zone.

“To be honest we went to the Stellenbosch game looking for three points,” said Ngcobo.

“But we are happy we avoided a defeat and we got a point. We will keep fighting.”

Chiefs are currently sitting in ninth place with 24 points with 10 matches to go before the season ends.

Their assignment on Saturday is a tricky one. They travel to Guinea for a do or die Group C encounter against Horoya FC in the CAF Champions League.

It’s a final match of the group and Chiefs need a win to go through to the quarter-finals.