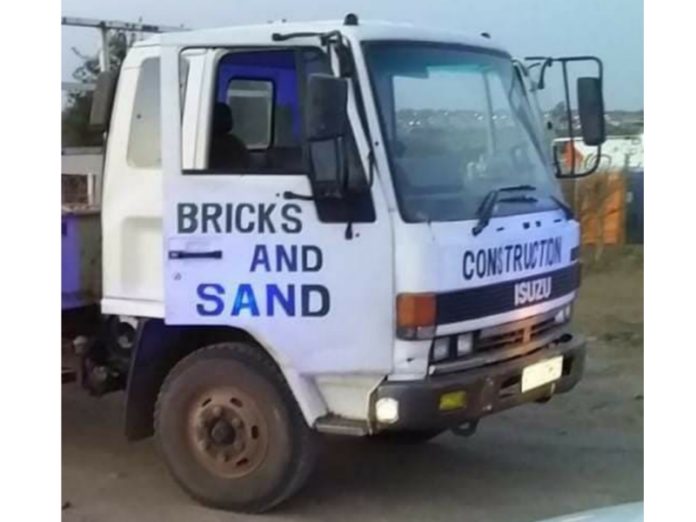 A military truck was stolen outside a supermarket parking lot in Thaba Tshwane in Pretoria – and when it reappeared it had been rebranded and was put into use transporting building materials.

It had the words “BRICKS AND SAND” emblazoned on the side with the cell phone numbers of the new owner proudly on display.

Military police apparently launched an intensive search for the truck and it was discovered when the building truck was stopped.

Mgobozi said the military police first arrested the driver of the vehicle on 28 July for negligence before proceeding with the investigation.

He said that shortly after the incident, the regional provost marshal activated the specialist investigation branch and military police area office to investigate the matter and search for the stolen truck.

“Following a tip-off on 15 September, a suspected truck was stopped and searched near the Mabopane Junction,” Mgobozi said.

“The truck had just returned from offloading bricks. Various markings and features identified the truck as the one that was stolen.”

He said the truck was fitted with fake number plates with no licence disc and was already branded with the cell phone number of the new owner, as was the wording “bricks and sand” on the side of the truck.

Two suspects were arrested and detained before they appeared at the Garankuwa Magistrate’s Court on 17 September 2021, according to Mgobozi.

The matter was postponed and investigations continued in conjunction with the military police and the SAPS Vehicle Theft Unit.