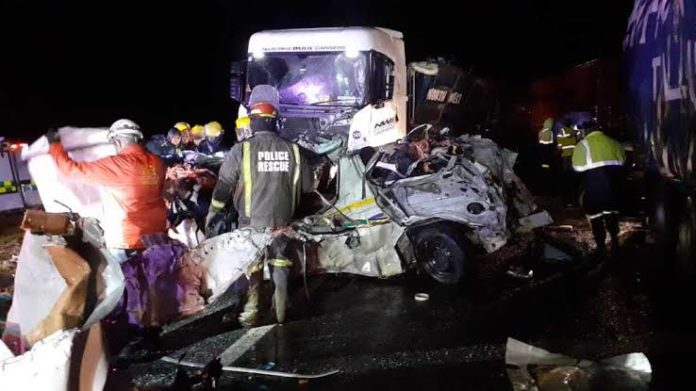 KwaZulu-Natal officials were scrambling for a fix after 14 more people were killed in a collision between two trucks and a taxi on Monday.

There are fears that this will be the worst festive season for motorists in the province.

Thirteen females and one male died in Monday’s accident on Escourt’s N3 route towards Gauteng.

Accident statistics in KZN are usually known to skyrocket during the festive season. But this year, there’s been a surge in accidents long before December.

Since the end of September, four minibus taxis have been involved in fatal accidents leaving dozens dead.

The provincial transport department is running out of time to fix the problem as the festive season is fast approaching.

“We have called for an urgent meeting with the freight industry in order to address the high number of crashes involving heavy vehicles.

“Collectively, we must work together to end the scourge of road fatalities,” said the MEC.