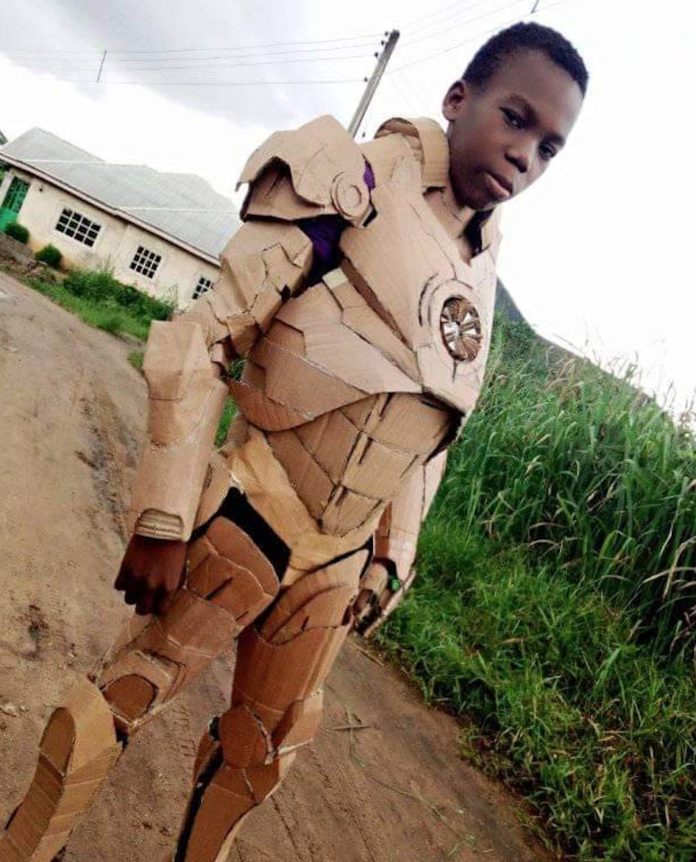 A 14-year-old Nigerian boy is wowing social media with his superhero outfits made from cardboard.

Praise ‘The Makesmith’ Kelechi from Port Harcourt in Nigeria has just posted his latest creation – an Ironman outfit.

“I started when I was seven years old. I was not taught. It is my talent,” said Praise who wants to be a robotics and mechatronics engineer.

Praise said he chose to make superheroes because of the people he looks up to.

He said he was inspired by the youtuber Hacksmith who recreates superhero gadgets. And by the American special effects designer Adam Savage who is known for hosting shows like MythBusters and Unchained.

One fan exclaimed: “He’s making it out of a pile of scrap! This little man is doing the work of literal super-heroes!”