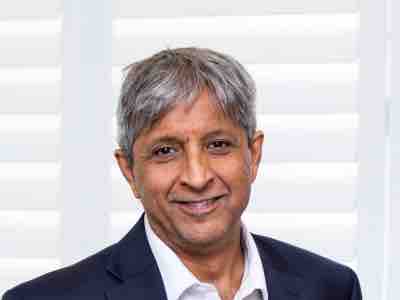 Four of South Africa’s most respected public figures have called on a top British university to give Adam Habib his job back after he was accused of racism for using the “N” word.

In March, shortly after starting the prestigious job of director of the School of Oriental and African Studies, Habib used the word on a Zoom call with students.

Habib, a leading SA academic, is the former Vice Chancellor of Wits University.

He was answering a question about how the university could allow lecturers to use the word in class. Instead of saying “the N word”, he actually used it, triggering attacks from students on the call.

One of Habib’s student attackers said that as an Indian he could not use the word.

SOAS, an arm of the prestigious London University, asked Habib to step down after the student body called for him to go.

They’ve published an article – “Adam Habib is no racist. He should be reinstated without delay” – in which they say Habib showed poor judgment in using the word, and in getting defensive about it.

But, they say, “context is everything, and Habib is no racist. He should be reinstated at SOAS without delay”.

They warn that “allowing the self-righteous to act as universal thought police can only lead to the silencing of all voices.

“If this trend is not reversed, books and films that have the n-word will have to be revised or banned.”

The writers say that to dismiss Habib’s Indian heritage as irrelevant to the apartheid struggle is incorrect. “In what twisted logic is someone who was subject to racial oppression now accused of racism, told that he cannot claim his heritage, and forbidden to utter certain words because his skin is of a lighter hue?”

They say: “Habib’s lived experience is that of Indians in South Africa, most of whom are descendants of indentured laborers brought to the eastern province of Natal between 1860 and 1911. The legacies of indentured servitude, land dispossession, and apartheid racism have shaped South African history.

“Sadly, this incident reflects a global trend in which much of the discourse on racism is reduced to identifying the pecking order of historic oppression.”