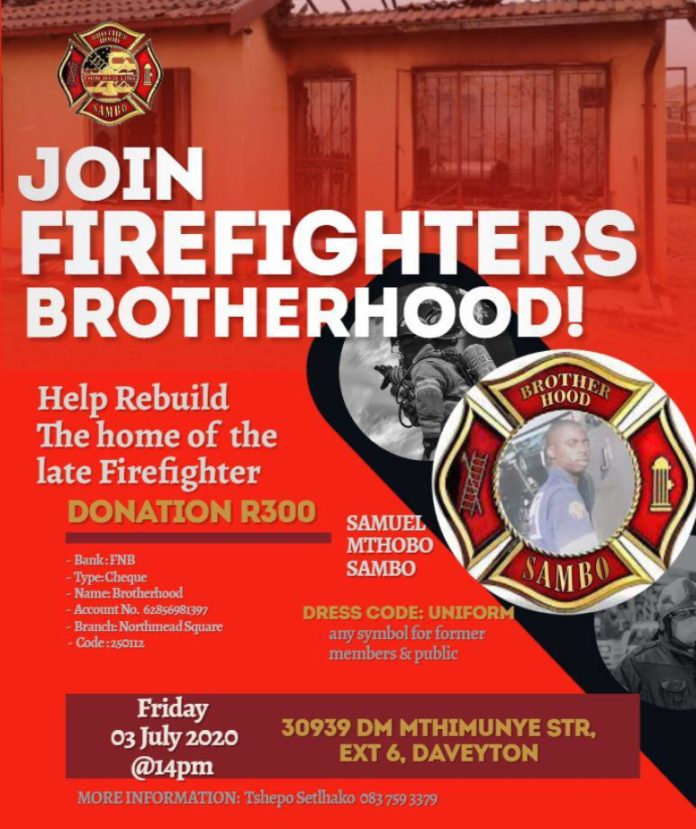 Hundreds of firefighters have come together to rebuild the destroyed house of the late firefighter Samuel Mthobo Sambo, who died in a car crash in 2005.

The house, which was lived in by Sambo’s family, burned down in December 2019, and they have been homeless for the past six months.

When the cold front hit Gauteng in June, the firefighters decided to take action to protect Sambo’s family. They began an initiative to honour Sambo’s legacy by rebuilding his house.

Over one hundred firefighters have joined forces to complete this task, as well as some civilians and former members of the fire services.

The firefighters are meeting on Friday for the soil turning at Sambo’s house in Daveyton, Ekurhuleni.