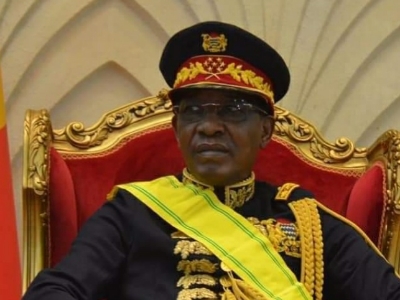 President of Chad, Idriss Deby, one of Africa’s last remaining strongmen, has died.

The ruler of the north-central African country had, just a day earlier, secured another term as president after being in power for 31 years.

The 68 year old succumbed to injuries suffered on the frontline, where he was visiting soldiers locked in battle with rebels in the northern part of the country on Monday.

At age 37, Deby Itno becomes the youngest head of state in Africa.

Idriss Deby was a trained soldier and a feared general. He ascended to power following a protracted bloody rebellion in 1991.

The leader of the Patriotic Salvation Movement had survived a series of coup attempts.

The constitution was amended in 2018, allowing him to be at the helm until 2033. This angered many locals and the international community.

The government announced on Monday that Deby had won 79,3% of the vote in the recent elections but it didn’t take long for allegations of vote-rigging to start making the rounds on social media.

Many also accused Deby of clamping down on the opposition parties during the elections across his incumbency.

After winning this year’s election, Deby had delayed his victory speech to supporters and instead went to visit Chadian soldiers on the frontlines, which turned out to be a fatal decision.

The details of his funeral are yet to be announced.