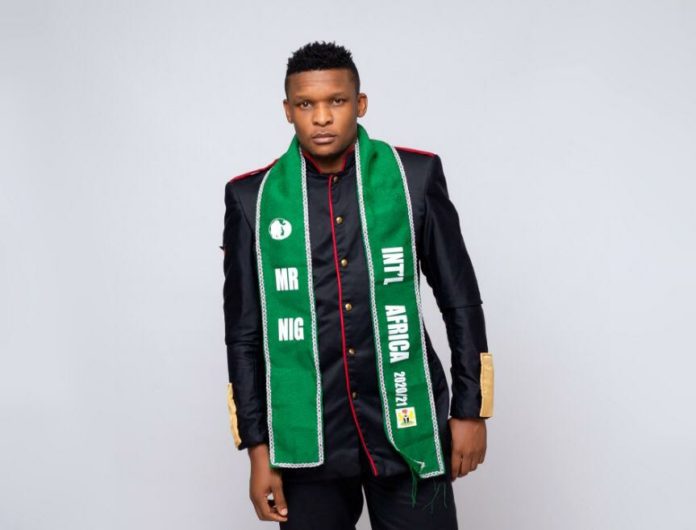 Godfrey Mphatswe flew to Nigeria as a judge for the Mr Nigeria International 2020 competition – but came back with a crown and a title.

The 36-year-old Mr & Miss Albinism pageant founder, Mphatswe told Scrolla.Africa he was only invited to be the judge for the 9th crowning ceremony of the pageant which was held in Lagos on Saturday 21 November. But then the Nigerians dropped a bomb on him.

“I was appointed as the first ever Mr International Africa during the event. And I didn’t even enter,” said Godfrey. He said it was not the first time he was appointed for something this big during a pageant.

“I was honestly done with competing in pageants after being crowned Mr South Africa. I was nominated as a board member during the crowning,” said Godfrey.

Godfrey is now the title holder of a pageant that will be held for the first time in Nigeria next year.

“I was deemed fit to wear the crown and I can’t wait to start with my duties. I will travel around the continent and set the standards and tone for the kings that will follow after me,” said Godfrey who has been a judge for albinism pageants in Malawi and Zimbabwe where he got his idea for Mr & Miss Albinism, which will be held in March 2021.

Godfrey added that the founders of Mr Nigeria International told him that the pageant he holds will be contested by all of Africa next year.