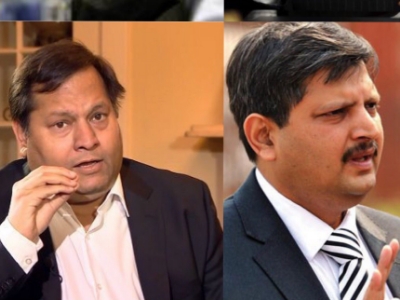 As former president Jacob Zuma runs out of rich friends to finance his lavish lifestyle or pay top lawyers to represent him in court, the Guptas have been slapped with sanctions in the United Kingdom.

The British government has frozen the assets and issued travel bans on the Gupta brothers – Atul, Ajay and Rajesh – and their associate Salim Essa.

Andrew Feinstein, the former ANC politician turned author and anti-corruption campaigner, said: “The news that the UK has sanctioned the Gupta brothers and Salim Essa, one of their key state capture lieutenants, is very welcome”.

Feinstein, executive director of Shadow World Investigations, said “this sends a clear message that looting of the money of the people of South Africa has real consequences. Hopefully this important step will be followed by action against the banks, law firms, consultancies and auditors around the world who facilitated state capture. And may they, and Jacob Zuma, all soon find themselves in orange overalls.”

The UK’s move follows sanctions by the United States against the Guptas too.

Feinstein says this means any UK assets they have will have to be impounded, that they cannot travel into the UK or US jurisdictions and they could be arrested by Interpol if travelling elsewhere.

Back in South Africa, evidence is piling up at the Zondo Commission about how the Guptas interfered in the running of state companies to enrich themselves.

They have starred in many of the hearings at the State Capture commission which has investigated how over R1 trillion of taxpayers monies were used irregularly, looted or siphoned out of the country over a period of nine years of Zuma’s reign.

Since arriving in South Africa to establish Sahara Computers, the Guptas employed Zuma’s children at their company and later became business partners of the family’s blue-eyed boy, Duduzane Zuma.

Announcing the sanctions, UK Foreign Secretary Dominic Raab said: “Corruption has an immensely corrosive effect on the rule of law, on trust in institutions, it slows development, it drains the wealth of poorer nations, it keeps their people trapped in poverty. It poisons the well of democracy around the world.”