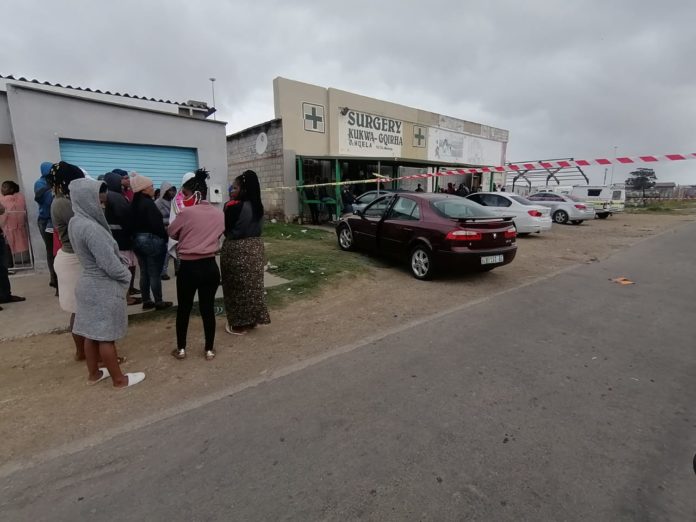 Dozens of patients had to forget about their injuries and run for their lives when bullets started flying at a surgery in KwaZakhele township, Port Elizabeth on Monday morning.

Ruthless thugs shot and killed a patient in his car outside the surgery.

One of the patients who was waiting patiently for his turn to be treated by the doctor told Scrolla.Africa: “I was sitting in my car avoiding other patients due to Covid-19 when I suddenly heard shots”.

“I thought it was fireworks, but when I looked at the surgery’s entrance I saw the patients who were queuing running inside for cover. They were screaming, calling for help as gunmen opened shots at another patient’s car.”

He said he saw a wheelchair-bound woman and a limping man also running into the surgery.

“I lay down in my car because I didn’t know from which direction the shots were coming.”

He said after a few minutes it was quiet and they went to look at the vehicle.

“We found the driver dead in his car leaning on the steering wheel. Both the front windows were riddled with bullets,” he said.

“The driver had a passenger in his car who seemed to escape because there is no trace of him.

Colonel Priscilla Naidu said a case of murder was opened after a 40-year-old man was found dead in Mtshiselwa Street at about 10am on Monday in his maroon Renault. He suffered multiple gunshot wounds.

“Circumstances surrounding the killing are unknown. Suspects are also unknown. The name of the deceased is withheld until next of kin have been informed.”