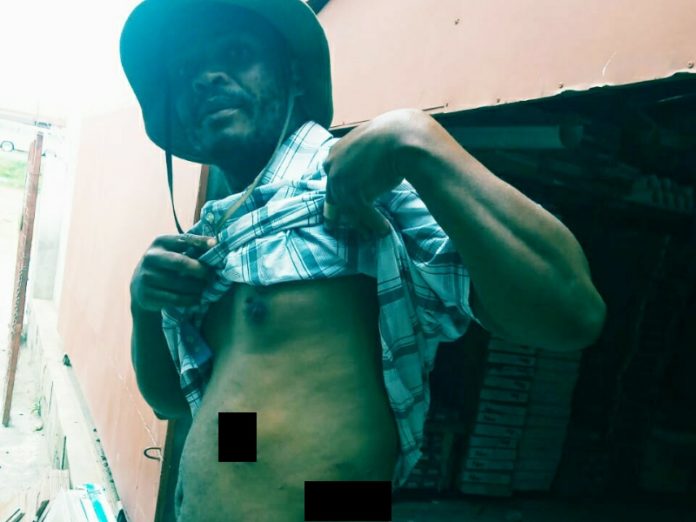 Security guard Nkosinathi Tshabalala was shot nine times when he tried to force an ANC heavy weight to sanitise his hands – and survived. But his ordeal isn’t over.

In November last year, former ANC eMalahleni regional chairperson, Arthur Zwane, was arrested after the incident but was released on bail.

Tshabalala of Osizweni, Newcastle is now in hiding because he doesn’t know what the politician has planned for him.

Tshabalala said the detectives assigned to his case tried to persuade him to drop the charges and offered him R100,000.

“I refused because I wanted justice to take its course,” he said.

He has also left his job at Nine Hardware where the incident took place.

He told Scrolla.Africa that he is now fearing for his family’s safety because people have repeatedly searched for him at his parents’ home.

But the case has been withdrawn without his knowledge. He said on Wednesday that he received a call from the detectives that his case had been withdrawn.

Director of Public Prosecutions in KZN, Advocate Elaine Zungu, said there were two dockets that arose from the incident that had to be considered.