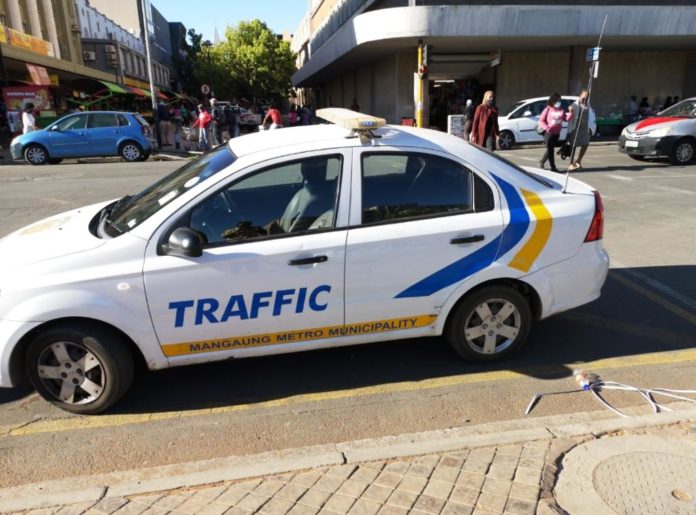 Motorists are laughing at traffic cops in Mangaung.

The cops have had no ticket books – since June!

Speaking on condition of anonymity, officers told Scrolla.Africa they haven’t written out fines for months.

“We are bored with our jobs. Drivers are laughing at us because they know we can’t fine them,” a traffic cop told Scrolla.Africa.

“We have run out of section 341 and section 56 traffic fine books. Those are the books for traffic violations of parked cars as well as cars on the move,” he said.

The officer said he and colleagues see people driving without seat belts, talking on their cellphones while driving and skipping red lights.

“And there is nothing we can do about it. We are no longer happy about being traffic officers.”

Another traffic officer said: “I have been seeing cars with expired discs parked in town. I have witnessed overloaded taxis and drivers saying they want to make the money they lost during the lockdown. But I could not issue any fines. The drivers know about our challenge and they do as they please.”

Municipality spokesman Qondile Khedama confirmed the problem. “The responsible directorate has placed an order with our supply chain. The supply chain process has already started and we are waiting for them to finalise it. They must not delay,” Khedama said.

Khedama added: “We are dealing with a number of issues related to traffic and the intention is to make sure that we improve our traffic system.”