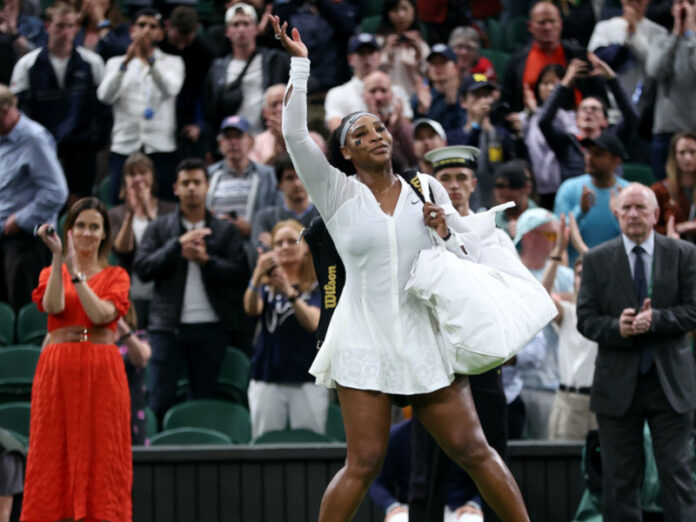 Serena Williams, considered by many to be the best ever ladies tennis player, has announced she will be “evolving away” from tennis.

The 40-year-old explained that she is not a fan of the word “retirement”.

“But I will be moving towards other things that are important to me,” she said.

Williams is set for her last dance at the US Open, the final Grand Slam of the year.

The American made her return to the court at Wimbledon but crashed out in the first round.

The 23-time Grand Slam champion has won more singles titles than any other female player in the Open era, she is only one behind Margaret Court’s all-time record of 24.

She has her doubts about matching that record, but added that she will give it her all in New York.

“I wasn’t ready to win Wimbledon this year. And I don’t know if I will be ready to win New York, but I’m going to try,” Williams wrote on Instagram.

“I know there’s a fan fantasy that I might have tied Margaret that day in London, then maybe beat her record in New York, and then say, ‘See ya!’ at the trophy ceremony.”

Williams said she has been hesitant in admitting to herself that it is time to move on from the sport.

“Alexis, my husband, and I have hardly talked about it; it’s like a taboo topic,” she wrote.

“I can’t even have this conversation with my mom and dad. It’s like it’s not real until you say it out loud. It comes up, I get an uncomfortable lump in my throat, and I start to cry.”

Williams’ illustrious career began with her first Grand Slam win at the US Open in 1999 at the age of just 17.

She even been compared to male tennis players, an insult to women who are ahead of the competition.

Her last Grand Slam triumph came in 2017 when she won the Australian Open despite being eight weeks pregnant with her daughter Olympia.

Williams expressed her desire to have more children in the future but explained she does not want to be pregnant as an athlete again.

“I need to be two feet into tennis or two feet out,” she said.

Williams serves as an inspiration for so many tennis players. Perhaps one day fans might see her daughter lifting Grand Slams just as her mother did.