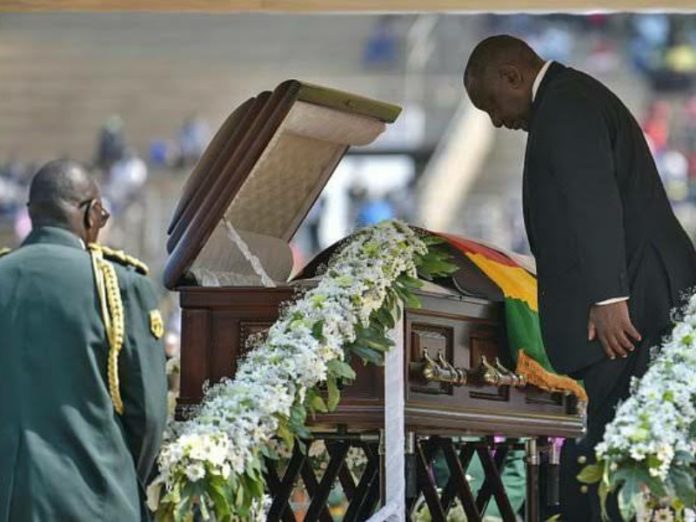 The once all-powerful Grace Mugabe, widow of the man who ruled Zimbabwe with an iron fist for almost four decades, is in hot water for burying Robert Mugabe the wrong way.

She reportedly faces a fine of a goat and five cows.

Mugabe’s widow has been summoned to appear before Chief Zvimba – who could dispense the fine – after she was accused of burying Robert Mugabe in his homestead in Kutuma Village.

According to tradition, a leader should be laid to rest at Heroes Acre in Harare.

If the 55-year-old Grace, whose whereabouts are currently unknown, fails to appear in court, the former president’s body could be exhumed and reburied.

The complaint against her was laid by Tinos Manongovere, a man from Kutuma, who said that Mugabe’s current resting place was inappropriate.

Following Mugabe’s wishes, he was buried in a steel coffin and his grave was filled with concrete to avoid his remains being used for ritual purposes. This was apparently one of the reasons that a burial in Heroes Acre was rejected in favour of a burial site at his Kutuma homestead.

His nephew, Leo Mugabe, said that there is nothing out of the ordinary about his uncle’s grave-site.

“My uncle’s wishes were performed as per his instruction and there is nothing amiss about his grave. We fulfilled his last wishes,” Leo Mugabe said.