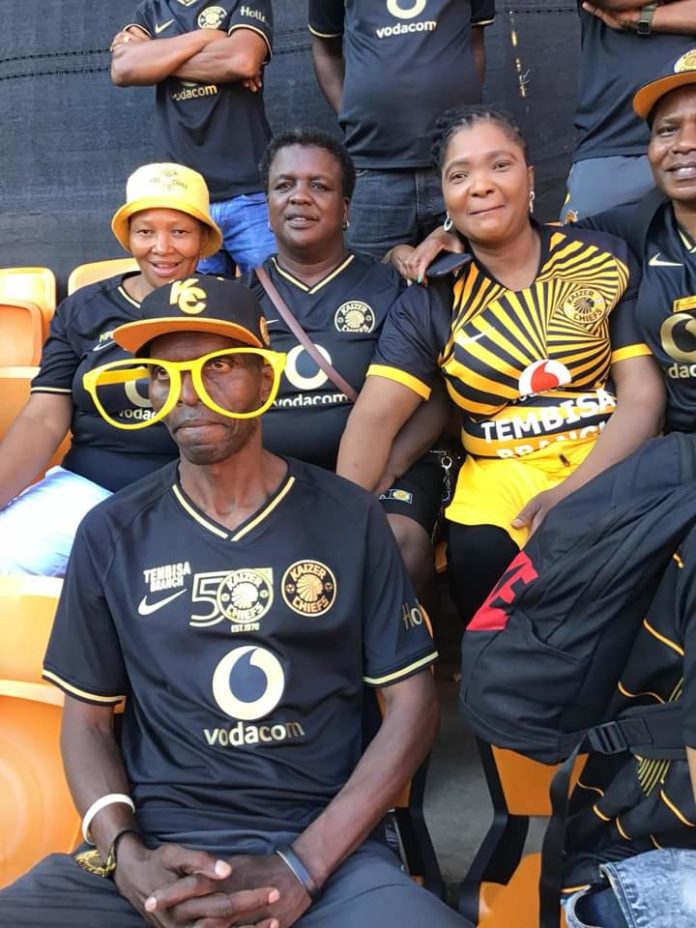 Saddam Maake lifts his shoulders and says he is not saddened by the team’s current poor run of form.

“In the past I’ve seen Chiefs having a bad season and suddenly they come back and win trophies,” said Maake who has supported Amakhosi for 51 years.

“Chiefs would go for years without winning the league, but they always win knockout trophies. That is why we were called cup specialists.”

“But we managed to bounce back and win silverware,” he said.

“What we are going through right now is nothing compared to those years. Chiefs will come back. It’s just a matter of time.”

Amakhosi have gone winless in seven consecutive DStv Premiership matches and it has caused panic among the club’s faithful. In social media people are kicking Amakhosi while they are down saying next season they will be playing in the GladAfrica Championship.

“A true Chiefs supporter will know that this will pass. There are no Chiefs playing in the First Division next season. We know things are not going well for us at the moment but we will stand by our team,” Maake said.

“We have the best coach and all he needs is time to work his magic. Supporters need to be patient. Results will come.”

He said losing the league in the last 18 minutes of the season can be tough.

“Players were supposed to be given counselling,” said Maake.

Maake admits that Saturday’s defeat at home to Maritzburg United was painful.

“All I can say to the players is that they have hurt us enough. It is time for them to start protecting the club’s image. They need to respect their jobs as well as their talent – and their supporters.”