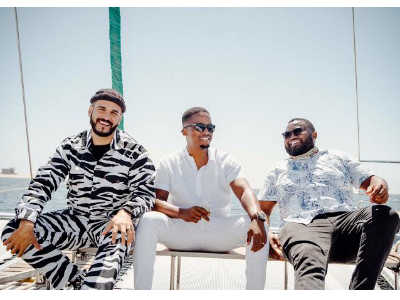 Mi Casa lead vocalist, J’Something, has revealed how their group made a fortune through their music.

In an exclusive interview with Scrolla.Africa, J’Something, real name João da Fonseca, said they signed an international record deal and collaborated with a global award-winning band during lockdown.

“Signing with Afroforce1 Records / Universal Music Group and recording during lockdown had its challenges,” he said.

He said Mi Casa and Berlin-based production multi-platinum EDM front-runners YouNotUs couldn’t record in the same studio because of Covid. But technology helped them to do the whole project remotely.

“Missing out on the face-to-face human interaction was a problem. It is always very important when two groups collaborate for the first time. But we are proud of the final product.”

J’Something said the single, “Chucks” from the We Made It album will forever be cherished by both groups.

“Our first single with YouNotUs will always hold a special place in all our hearts,” he said.

Giving the YouNotUs touch to “Chucks” completely transformed it. We can’t wait to see how it lifts people’s spirits. Hopefully it will land on fertile soil.”

“Chucks” was released last Friday in Europe and parts of the African continent. The video, shot in Namibia, is dropping later this week.