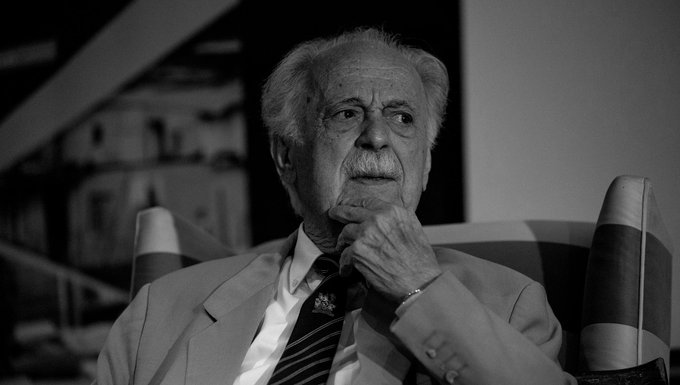 This year has seen the passing of the last three of the Rivonia trialists who were convicted with Mandela and sentenced to life in prison on Robben Island. They were defended at the trial in the early 1960s by Bizos.

While he was probably best known for this legal defence, he worked as an advocate defending many poor people throughout the country.

More recently, between 2012 and 2015 he was among the lawyers who defended the families of the miners who were killed by police while on strike and protesting at the Marikana platinum mine.

Bizos met Mandela at the University of the Witwatersrand where they were both studying law.

Bizos was originally Greek and at the young age of 13 during the Nazi occupation of Greece he and his father tried to help some New Zealand soldiers flee from Greece in a small boat. They were picked up by another boat and taken to Egypt from where he came to South Africa as a refugee.

From the moment he landed in the country he became an implacable foe of racism and injustice.

While Mandela was in prison, when the South African government began secret negotiations with him, Bizos became his emissary to the ANC in exile.

He participated in the finalization of the Constitution of South Africa and then represented many families during the Truth and Reconciliation Commission in their quest to deny amnesty to the apartheid police who had killed or tortured members of their families.

Among these was Mathew Goniwe, one of the Cradock four who were living in Cradock where they were activists against apartheid. The four were killed by the then government. Matthew Goniwe’s widow died last week.

After decades of court work as an advocate, Bizos joined the Legal Resources Centre which was one of South Africa’s first public interest law firms.

Bizos was not only known for his legal work and the great friendships he formed – he had a vegetable garden at his home in Parktown North from which he fed several of his prisoner clients. Popo Molefe told a television reporter this morning that when he was in jail with other activists at Modderbee prison, Bizos, who was defending them, would bring them fresh vegetables.  Bizos later represented Molefe and others in Delmas on charges of treason.