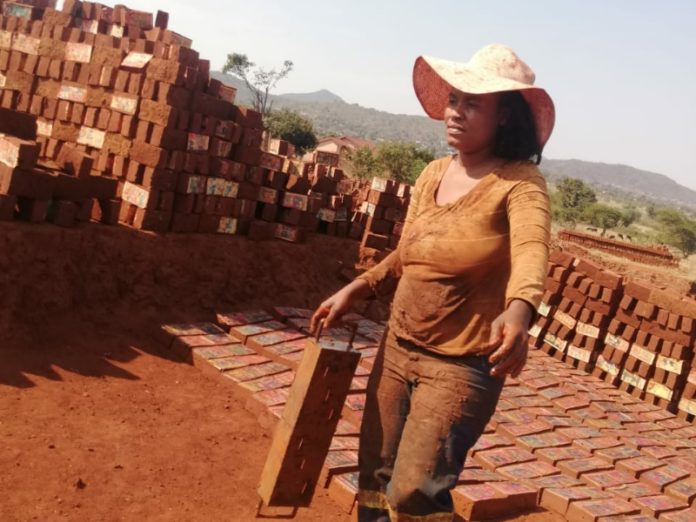 Thilivhali Muledane and her husband Tshiwandalani made enough to look after their family.

But when Covid-19 hit, Thilivhali’s business of selling food to schools failed and her husband’s mud brick-making business came crumbling down.

Thilivhali from Vyeboom in Vuwani said it felt as if their lives had come to a dead end.

“We were sitting at home without the basic necessities like bread, sugar and mealie meal,” said the mother of two.

“But with all that time on my hands, I decided to reopen my husband’s brickmaking business as a way out of our misery. My husband wasn’t convinced but I was determined to turn things around,” she said.

She said after a few months making bricks, three boys from the village came looking for work.

“I gave them a place to work but I continued working by myself. I can mould over 500 bricks a day by myself,” she said.

Thilivhali and her husband were a lot more productive than before.

“Sometimes my husband helps me by mixing soil and that makes the job easier for me. Brick making is one of the toughest jobs but I don’t intend on stopping,” she said.

Thilivhali is aware that she is a woman who has thrived in a male-dominated industry and she has some advice for women who believe that their options are limited.

“Jobs are scarce. Women have to stand up and create jobs for themselves,” she said.

“After making money from my business I can still put on makeup and be beautiful when I go shopping in town.”