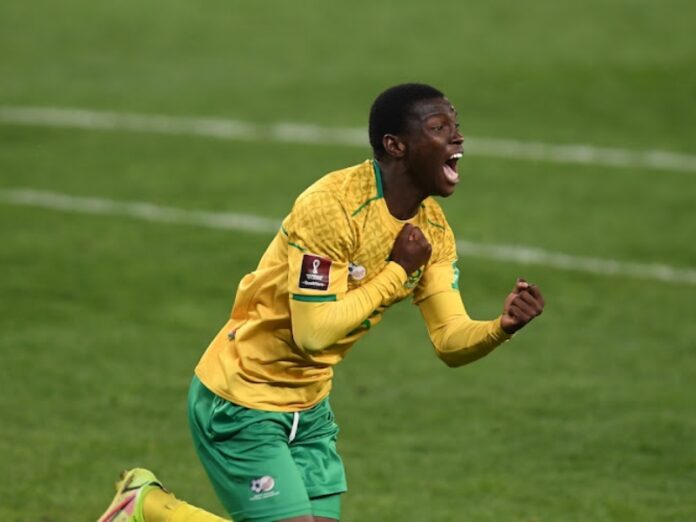 Just a season ago, Bongokuhle Hlongwane was relatively unknown and getting by on a R10,000 salary while on the books of Maritzburg United.

But now the 21-year-old has gone from earning a measly salary in South Africa to earning big dollars in the United States.

The future Bafana Bafana star is on the verge of realising his childhood dream of playing overseas after signing a three-year deal with Major League Soccer (MLS) side Minnesota United.

Hlongwane said he is still pinching himself to make sure he wasn’t dreaming.

“Can you imagine where I come from?! No proper development, playing SAB League for a local Pietermaritzburg team before getting spotted by Maritzburg scouts who take me to the academy,” he said.

“Then coach Ernst Middendorp believes I am ready for senior football, followed by getting called up by Bafana Bafana coach Hugo Broos.”

Hlongwane said he grabbed the chance not knowing that international scouts were watching him.

“It’s been amazing,” said the striker.

Hlongwane is in Johannesburg sorting out work permits and his visa. He said it was Middendorp and Bafana mentor Hugo Broos who instilled self-belief in him.

In eight games, Hlongwane has repaid Broos’ faith in him by banging in two goals.

He said he chose the offer from America instead of a move to big-money spending Mamelodi Sundowns.

“Sundowns wanted me so much they sent Trott Moloto to speak to my parents but my parents respected my decision to pursue my overseas dream,” he said.

“I didn’t want to earn big money while sitting in the stands for Sundowns where competition for places in the Sundowns line-up would be tough.”

The MLS season kicks off on 26 February and finishes on 6 October.