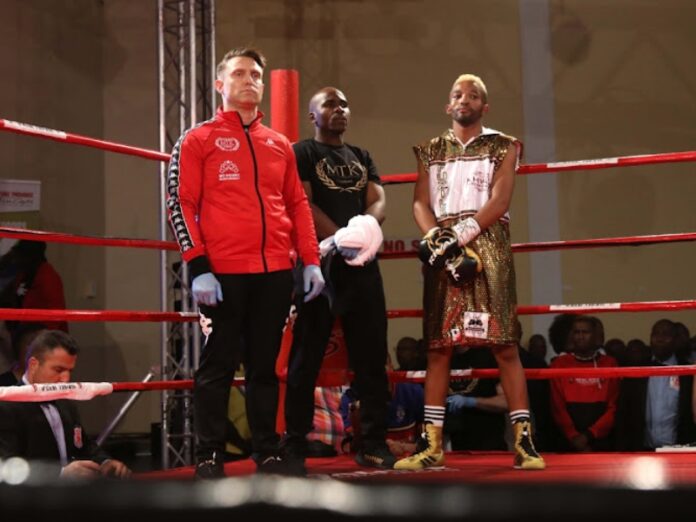 Vusi Mtolo spent many years of his professional career in the shadows of the esteemed managers Collins Nathan and the late Nick “Mthakathi” Durandt.

But today, Mtolo is a trainer in his own right and producing his own champions.

The Durban-born Mtolo, who has been working in Gauteng for nearly 30 years, shared with Scrolla.Africa his fascinating journey.

“I have been around for years working with Nick and Collin and we made South Africa proud by bringing home credible world titles against all odds,” he said.

“I was in the corner when Hekkie Budler survived a knockdown to bring home the IBF, WBA and The Ring Magazine straw-weight titles.”

As a second assistant in the corner Mtolo went unnoticed by the public and the media, with the spotlight more often falling on the head trainer. But Mtolo always played a vital role behind the scenes, contributing as much to a win as anybody else.

While Durandt focused on ushering a boxer to war, Mtolo’s role was often to translate the message into either iSiZulu or Sesotho. Mtolo was well-versed in managing the blood to allow the boxer to continue fighting if the fighter had suffered a cut.

At the weekend in Zululand Mtolo produced his second champ in Lybon Ntshani, who beat

Khumbulani Mdletshe in a WBF All Africa welterweight bout.

Mtolo is now training his own boxers at Rex Ultimate Boxing Gym in Edenvale, east of Johannesburg after parting ways with Nathan.

He said they worked hard on Moruti Mthalane to reclaim the IBF title after he had been written off.

“Nick washed his hands of Warren Joubert but I reasoned with him and the boy retired having held the South African junior welterweight crown,” said Mtolo.

Mtolo said it warms his heart to see boxers like former IBF lightweight contender Azinga Fuzile owning dream houses and others having business interests in farming and property.

“Helping these boxers become champions satisfies my heart because it’s always been my dream to produce the best in the country,” said the former amateur boxer.