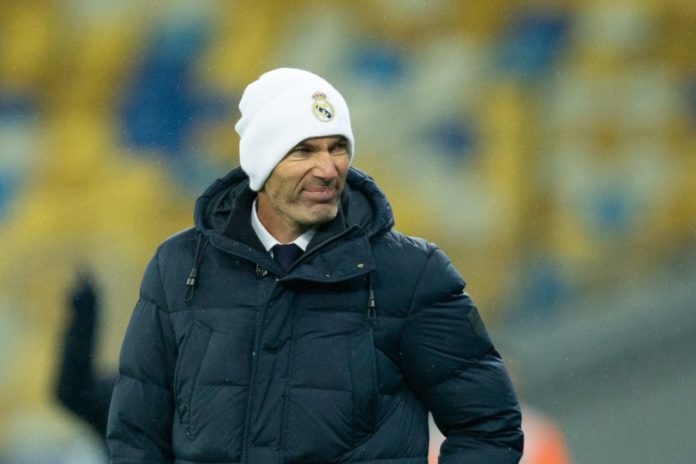 REAL Madrid coach Zinedine Zidane could find himself searching for a new home sooner than expected following the poor display of his team in the Uefa Champions League 2020/21 campaign.

Madrid’s 2-0 defeat at Sharkhtar Donetsk last night has put the French mentor under immense pressure. It is known that the Madrid board like to win the Champions League trophy more than anything else.

They have won it 13 times. No other team in Europe has come close. Madrid, however, has one more chance to save themselves from being a laughing stock this season.

They still have one last match to play in Group B against the leaders, the German team Borussia Mönchengladbach, at Estadio Alfredo Di Stefano next Wednesday. Los Blancos are in third place in this group and just a single point behind M’gladbach.

Maximum points and nothing less will be required for Zidane. Failing could result in Los Blancos being knocked out of the competition in the group stages. That could also see Zidane, who made history in this competition by winning it three seasons in a row (in 2015/16, 2016/17 and in 2017/18), being sacked at Santiago Bernabeu.

In five matches Madrid has played so far they have won two, drawn one and lost two to the same team (Sharkhtar) at home and away. Things are far from smooth sailing on the domestic side as well.

They lag seven points behind current Spanish La Liga leaders Real Sociedad. Zidane and his team are in fourth place with 17 points in ten matches.

Back with the Champions League, defending champions Baryen Munich, Liverpool and Manchester City became the first times in last night’s matches to qualify for the knock-out stages.