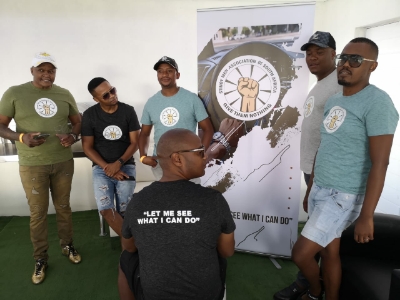 Valentine’s Day is traditionally the day when men buy roses, chocolates and spoil their girlfriends and partners.

But this year, some men in Mangaung chose to join the Stingy Men Association – with it’s slogans: “Give them nothing” and “Let me see what I can do”.

And for members caught spending on women there will be consequences.

Scrolla.Africa met the men at the K-la-K car wash in Mangaung and they said they were having fun and enjoyed not spending money on women.

He said it included breakfast at a restaurant and then a massage, shopping and lunch at a top Bloemfontein restaurant before spending the night at the best hotel.

“But that was the last time,” he said.

“Right now I am with my colleagues and having fun.”

He said he spoke to her and she understands that he is a member of the Stingy Men Association.

“With the coming Valentines, I will see what I can do!”

He said when the slogan “Give them nothing” took off on social media they decided to put the idea into practice.

“We hope to grow it to a national level,” he said.

“We will be looking at each other’s bank statements to see if there are any suspicious transactions.”

He said members caught being generous will be banned for six months and fined. They will be travelling and the banned member won’t be travelling with them.

“We are looking at spending the money from the fines on things like sanitary towels and other items for school kids.”