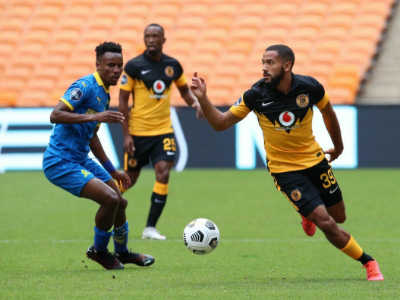 Kaizer Chiefs and Mamelodi Sundowns could both be handed three points without even kicking the ball in their respective CAF Champions League matches.

Failure to do so will result in an automatic 2-0 victory for both South African teams.

The news arrived after both fixtures, that would have seen Chiefs travel to Morocco and Sundowns to Algeria, were called off as both teams were denied travelling visas due to those countries’ Covid-19 restrictions.

On Saturday, CAF called an urgent meeting with all three SA teams that are involved in the CAF competitions (Chiefs, Sundowns and Orlando Pirates) together with SAFA to discuss the way forward.

CAF then took the decision that Wydad and Belouizdad should provide neutral venues for their fixtures against Chiefs and Sundowns respectively.

The statement provided by CAF on Saturday afternoon read: “CAF has given Wydad Casablanca and CR Belouizdad until tomorrow (on Sunday) evening to find a neutral venue for their CAFCL ties against Kaizer Chiefs and Mamelodi Sundowns respectively. If they don’t, the games will be considered as 2-0 losses. The countdown starts now.”

The Chiefs fixture away at Wydad in Group C was supposed to have been played last Saturday but it was postponed by CAF after Amakhosi were denied visas by Moroccan authorities.

Sundowns also had to cancel their trip for their Group B game against Belouizdad on Saturday.

Initially Algerian authorities granted visas for the Brazilians but they were told on Thursday on their way to OR Tambo International Airport that the situation had changed due to further medical restrictions.

Sundowns have already played their first game in Group B at Loftus Stadium against Al-Hilal of Sudan.

They won that match 2-0. Amakhosi on the other hand are yet to kick off their debut Champions League group stage campaign.

Should their Moroccan opposition fail to provide a neutral venue on Sunday they could see themselves getting maximum points without kicking the ball.