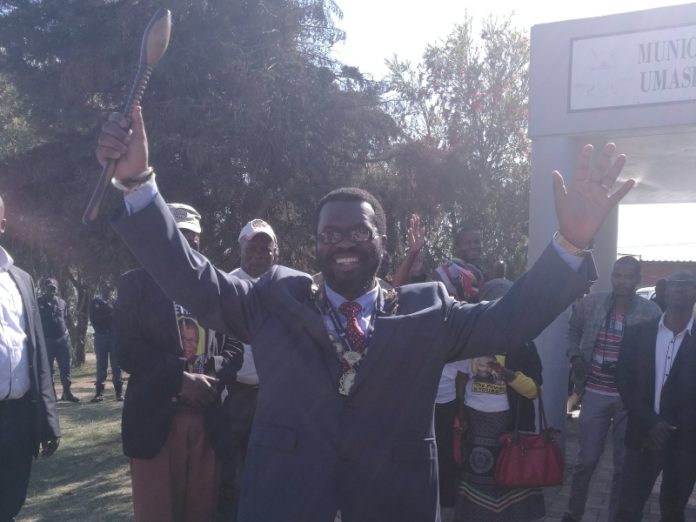 Siyabonga Kunene, a former IFP Nquthu mayor who was charged with attempted murder in 2017 has resurfaced as a member of the Abantu Botho Congress.

Kunene will contest ward 11 in the 19 May by-elections in his northern rural town of Nquthu, for the party led by businessman Philani Mavundla. Mavundla is a former ANC mayor and a funder of Jacob Zuma.

In an interview with Scrolla.Africa, he said he has done the groundwork and all that is left is the day of the elections.

“But I am out to teach them a lesson.”

Kunene was a popular man within the IFP structures and among voters in Nquthu, winning more than 80 percent of votes during the by-election in his ward.

But his falling out with ex-IFP leader Prince Mangosuthu Buthelezi led to his axing.

In 2017, he was arrested alongside five other suspects for allegedly plotting to kill their ANC rivals in Nquthu but the plot was foiled after a bodyguard of his fellow conspirators alerted the police.

“I never planned to kill anyone, this is why the case couldn’t stand the test of the law,” said Kunene.

He was confident his new-found political home, Abantu Botho Congress, would win wards in the upcoming elections on 27 October.

In spite of being given two days to check, the NPA could not confirm the status of Kunene’s case.

According to the IEC any person can stand for election as long as they have no pending cases against them.