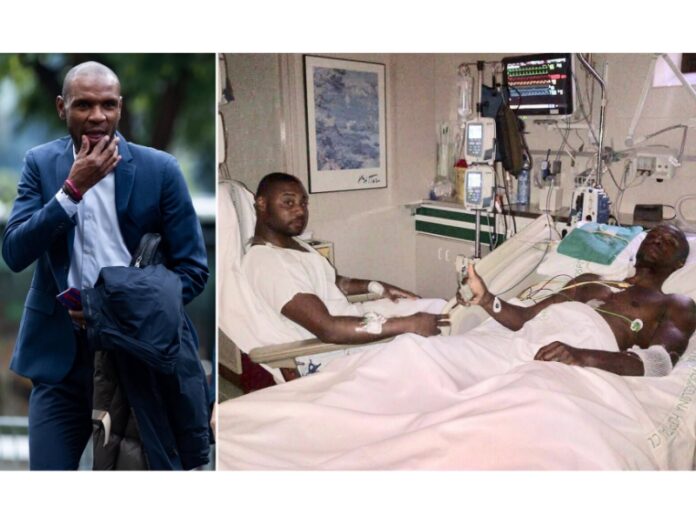 This comes after a cousin who donated part of his liver to Abidal has been discovered to not actually be related to the former full-back.

This is significant because organ transplants have a waiting list and it can take years for suitable donors to appear. If a family member is able to donate the organ, however, the patient requires no waiting list and the procedure is bumped to the top of the list.

The Barcelona midfielder was diagnosed with cancer in 2011 after a tumour was detected in his liver. He was told by medical experts that the infected part of his liver would need to be replaced with that of a donor.

Gerard Armand, a man claimed to be the player’s cousin, donated part of his liver to Abidal in a surgery in 2012 before Abidal’s incredible comeback to football the following year.

Five years later in 2017, local authorities investigated the surgery for wrongdoing but the allegations were dropped some months later.

However, the surgery has once again been brought into question. According to Spanish publication El Confidencial, the National Institute of Toxicology found no biological evidence of any kinship between Abidal and Armand.

The investigation also links Abidal to former Barcelona president Sandro Rosella and former club director Juanja Casitllo who are suspected to have had a role in the alleged organ trafficking.

Abidal is no stranger to off-pitch headlines. Late last year the French footballer’s wife was accused of orchestrating an attack on PSG women’s footballer Kheira Hamraoui.

Abidal was accused of having an affair with Hamraoui but there is no confirmation as to why the footballer was attacked. Abidal’s wife has since asked for a divorce, adding to the affair allegations.

Reports suggest that Abidal admitted to the affair before publicly apologising to his wife with whom he has five children.

Whilst dealing with his divorce, Abidal will have to face questions as to whether Armand is actually his cousin amidst the organ trafficking investigation.