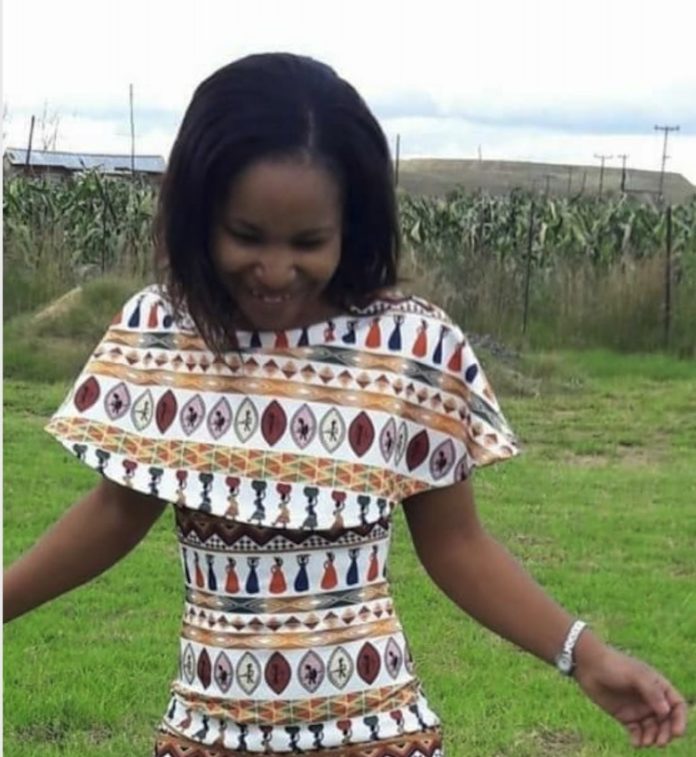 On Friday we reported on Zinhle Kweza’s murder, in the video and article below. Today we report on her life.

Zinhle was killed four months before turning 30, and there is nothing in her life story to give any clue as to why she would die so young.

Instead, there is the story of a well-liked, humble, beautiful woman.

She left school early, then climbed the ranks of Mr Price to become a supervisor at the firm’s Mall of Africa store. She was planning to build a small holiday house close to her birthplace in the Eastern Cape.

The mother of two boys, Zinhle grew up with her aunt Nomawethu from the age of three — Zinhle’s own mother was too poor to look after her.

“I took her to stay with me because my sister was unemployed and could not take her to proper school,” Nomawethu, 52, says. “Zinhle was like my daughter.”

Zinhle did both her primary and junior-high schooling at James Kobe Primary School in Northcrest, Mthatha. She loved modelling and once came second in a beauty contest at the school. Later, she taught modelling to other younger students.

When she started Grade 9, she moved to Pretoria and was educated at Target High, a private school, until Grade 12.

It was there that Zinhle met Thembinkosi Mhlongo, when she was in Grade 11. At the time Thembinkosi was 31.

“I remember the admin clerk at the school called me one day to say that there was a car picking Zinhle up everyday,” Nomawethu remembers. “The clerk said she must be monitored because her academic work was slipping. She failed and repeated Grade 11.”

Before that, Zinhle had done well at school.

But now things changed, and Zinhle dropped out of school before finishing Grade 12.

She moved out of the family house in Pretoria, and Thembinkosi then paid for her rent in Sunnyside where she shared a flat with a friend.

Zinhle soon joined Mr. Price and worked there seven years until her death. By then, she was a supervisor at Mr Price’s Mall of Africa branch.

Fellow employee Katlego Mathadisa says Zinhle was more than a colleague — she was also her friend. At work, she was professional and punctual, says Katlego. “We were always laughing and happy while doing our jobs”.

Zinhle also had another guardian, constable Patricia Mgijima, who you see at the end of our video released on Friday.

Patricia says Zinhle was “forever smiling and I took her like my own daughter”.

Whenever Patricia and her husband Bonginkosi travelled to KZN to visit their families, Zinhle would go with them as if she was part of their family. Zinhle also invited them to go and visit her Eastern Cape home.

On Friday the court heard arguments over the sentence for Mhlongo, which has yet to be handed down. The court heard many possible reasons for her murder – including that Mhlongo thought she had bewitched him, and that his ancestors had told him to marry another woman. Mhlongo, 40, has six children with six different women.

Zinhle’s beloved aunt was in court on Friday too to tell of the poison that ended Zinhle’s life.

“At one point, Thembinkosi chased Zinhle and her toddler Kuhle Kweza out of the house around midnight after the two had a fight.

“Their relationship was characterised by fights. On several times I used to tell Zinhle to leave the man who showed no signs of love to her,” she said.