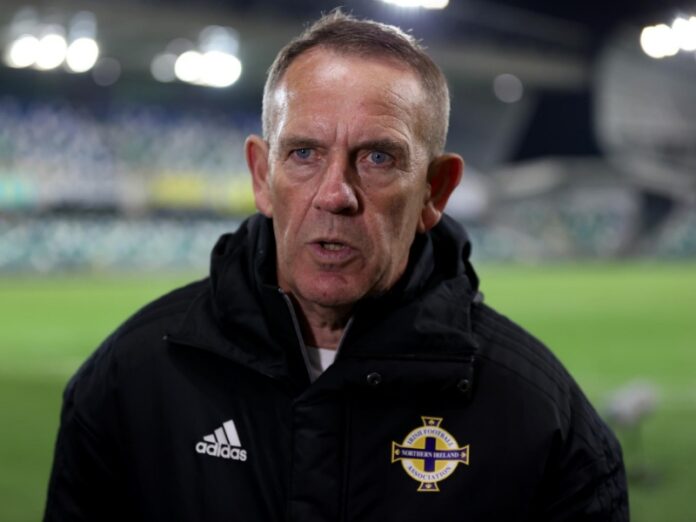 Was Northern Ireland women’s team manager Kenny Shiels a touch moody himself when he blamed his players for a heavy defeat by saying “women are more emotional than men”?

Shiels was speaking to the press after his team were thumped 5-0 by England when the manager claimed they conceded more goals because women get more emotional when the opposition scores a goal.

The thrashing at Windsor Park saw any hope for the Northern Irish side’s chances of qualifying for next year’s Women’s World Cup come to an end.

Shiels said it is a pattern of the women’s game that when they concede one goal, the next goal comes within a short period.

“In the women’s game, you’ll have noticed if you go through the patterns, when a team concedes a goal, they concede a second one within a very short period of time.

“Right through the whole spectrum of the women’s game, because girls and women are more emotional than men, so they take a goal going in not very well,” the manager said post-match.

The manager apologised for his comments on Tuesday night, claiming that he is an advocate for developing women’s football.

“I am an advocate for the women’s game and passionate about developing opportunities for women and girls to flourish,” he said.

The match was attended by 15,348 – a record number for a women’s game in the country.

“I wish to apologise for my comments made in the post-match press conference last night,” Shiels said.

“Last night was a special occasion for the women’s game in Northern Ireland and I am proud to manage a group of players who are role models for so many girls, and boys, across the country.”

Several former footballers and members of women’s football governing bodies criticised Shiels for his comments, saying they were not “helpful” and takes the game backwards.