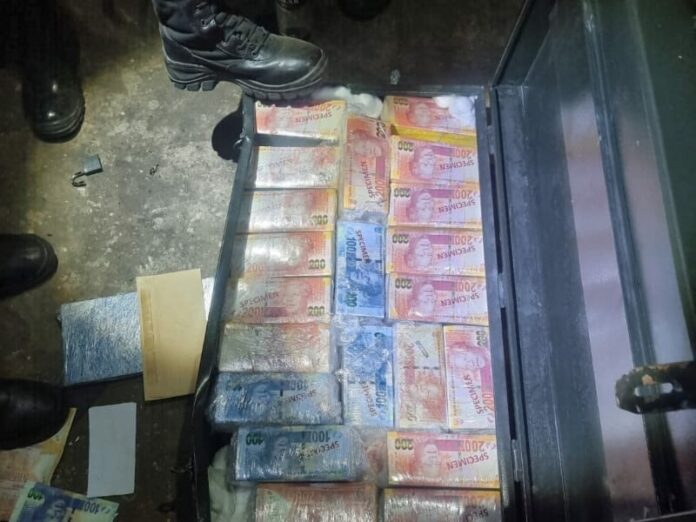 A convoy of flashy cars driving out of Pretoria drew the attention of the local police. This eventually led them to a haul of over R3.5 million in counterfeit banknotes and five alleged fraudsters in cuffs.

More than a few heads were turned when a red Range Rover, two Mercedes-Benz cars, and a Toyota Corolla rolled through the streets of Tshwane on Saturday. Unfortunately for the drivers, interested onlookers included the Tshwane Metro Police.

The cops pulled the convoy over and discovered a fake R100 note during a search of the Range Rover.

It came to pass that the name of one of the drivers matched the name of someone who was wanted by police for money laundering.

Metro Police spokesperson Isaac Mahamba said that upon questioning of one of the drivers, the cops were led to an address on Stanza Bopape Street.

At the premises, Mahamba said a steel box containing counterfeit money was discovered along with chemicals used to clean the money.

“The counterfeit money found amounted to more than R3.5 million and the suspects were immediately arrested,” he said.

The discovery of the counterfeit cash came as little surprise to the neighbours, who said that the suspects lived a lavish lifestyle but never seemed to go to work.

One neighbour who spoke to Scrolla.Africa on condition of anonymity said although it looked as if the occupants of the flat didn’t have a day job, they were the richest on the block.