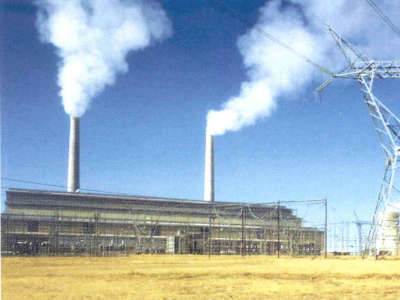 Unless Eskom gets more power, South Africa can expect stage 4 to 6 load-shedding for the next five years, President Cyril Ramaphosa has warned.

In his 2021 State of the Union address on Thursday, Ramaphosa said old coal-fired power stations are reaching the end of their lives.

This is forcing Eskom to hurriedly find new sources of power, but this will mean more load shedding until this is sorted out.

Speaking to an almost empty Parliament, Ramaphosa said the Department of Mineral Resources and Energy will soon be announcing winning bids for 2,000 megawatts of emergency power.

A shake up of the rules will mean municipalities will be able to buy power from independent power producers – not just from Eskom.

Extra power from renewable energy, natural gas, battery storage and coal is also on the way, he said.

While there is still a dependence on polluting coal-fired power, Ramaposa promised South Africa will stick to its international commitments on climate change and that Eskom is committed to net zero emission by 2050.

He said the government would soon be seeking bids for 2,600 megawatts of wind and solar energy.

Meanwhile, Ramaphosa warned that corruption was one of the greatest blocks to the country’s growth and development.

“The revelations from the Zondo Commission of Inquiry lay bare the extent of state capture and related corruption,” he said.

Ramaphosa said there had been great progress in turning around law enforcement bodies.

He addressed the reports of possible fraud and corruption in COVID procurement, saying a special unit had been set up for law enforcement agencies to share information and resources on these crimes.

“As it reported last week, the SIU has finalised investigations into 164 contracts with a total value of R3,5 billion.”