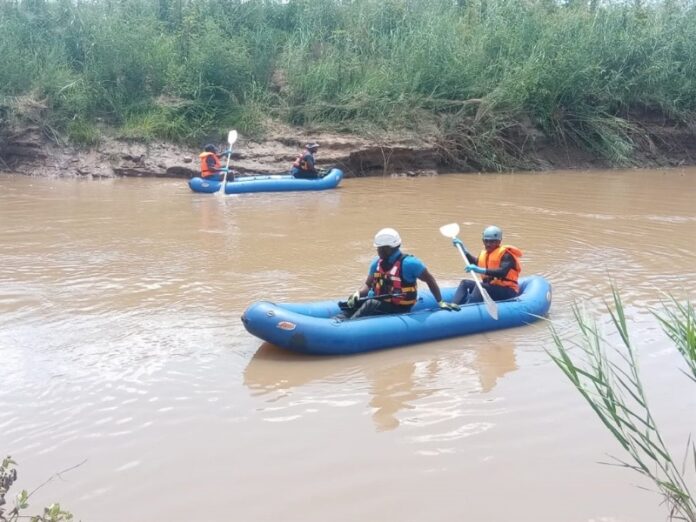 Four men and a child drowned after the men attempted to save the girl, who had been swept away by a strong current in the Vet River in Wesselsbron, Free State during a church ritual on Saturday.

Free State police spokesperson Stephen Thakeng said that a witness told police that Khanyisile Skade lost grip of the hand of her 12-year-old daughter, Kelebohile Kototsa, while they were in the river where rituals were being performed. The child was swept away by the strong current.

Thakeng said four male congregants who were taking part in the ritual then tried to rescue the child from drowning.

“They also drowned. Divers were summoned to the scene and the bodies were retrieved from the river,” Thakeng said.

The congregants who died are Tefo Katotsa, 39, Tshediso Manong, 29, Tshepo Moleleki, 34, and another one who was only identified only as Shemanyane, 37.

“Congregants are warned to avoid the rivers to do their rituals especially when they can’t swim,” Thakeng said.