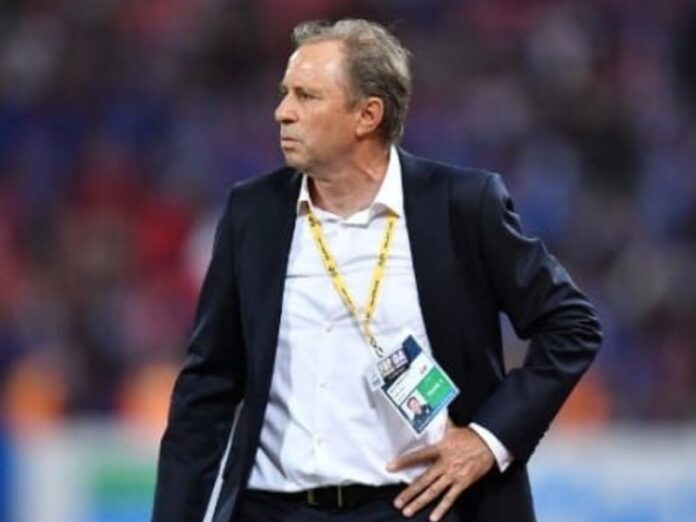 The Ghana Football Association (GFA) better prepare themselves for a nasty legal battle with their former coach Milovan Rajevac.

The Serbian has rejected a R4.8 million handshake after they sacked him over the weekend.

Rajevac was briefly quoted by ClassFMonline saying: “I’m not going to accept peanuts.”

The last thing the GFA needs at this moment is to have this issue dragging on, which may attract unwanted attention from FIFA.

Already the GFA could be in trouble with the world football governing body over the sacking of Rajevac.

The GFA was forced by the country’s Minister of Sports Mustapha Yussif to sack Rajevac. Despite the appeal from the GFA that they couldn’t afford to fire Rajevac before the upcoming FIFA World Cup qualifiers in March, the coach was sacked anyway.

That decision is a violation of FIFA laws which state that the government must not interfere with the running of the country’s football.

Even though FIFA has not said anything, Rajevac’s unhappiness with the proposed compensation payout could raise eyebrows.

Rajevac was sacked following the Black Stars disastrous performance in the Afcon. Ghana hit their lowest point in Cameroon when they were knocked out of the tournament in the group stages and they went home with a single point after losing two matches in Group C. This was their worst performance ever in the competition’s history.

The GFA are now looking for a coach to lead the Black Stars in the World Cup qualifiers playoffs. On Saturday the Black Stars were drawn with their nemesis Nigeria in a home and away match.

The winner from that match will join another four teams to represent Africa in Qatar later this year.